I was not personally affected by the vote for Scottish independence, but like many political junkies, I was very much interested. Though it wasn’t merely intellectual curiosity that drove me to follow it: the vote was a unique and precedential event on the stage of global politics that may well have implications beyond the Kingdom-that-is-for-now-still-United. Among my British friends, there was a split between those were tentatively relieved and those were tentatively disappointed that Scotland did not, in fact, secede yet all of them had a hard time deciding. I believe this is partly because we don’t have good frameworks to think through issues of boundaries and succession, as the old political ideologies (like imperialism and nationalism) are losing their grip. Liberalism and democracy are typically perceived to have no say on questions of boundaries and membership, and that’s a big problem for anyone who believes in individual rights and democracy. With this kind of motivation in mind, I’d like to briefly present two arguments, neither conclusive, that were not featured prominently in the debate about Scottish independence – one for, one against.

What reasons do people give for and against Scottish independence? To put it very crudely, the Yes argument was mostly nationalistic and the No argument commonly economic (which means it was about material welfare). Thus, the Yes people said that Scots are a nation and therefore deserve to have political independence – it is their right to control their own collective affairs. The No people said that an independent Scotland will either do worse than it is doing now or terribly bad, with all sorts of catastrophic scenarios flying around. Of course, the Yes people have responded by saying that independence would not have such dire consequences and may even have some economic benefits but their argument was still, for the most part, about national self-determination.

That brings me to one argument in favor of Yes. It seems important to have a living example of a nation achieving independence via a vote. It’s an historical opportunity to witness a nation gain statehood by ballots, not bullets and poke a hole in the generalization that independence is gained with blood and tears or not at all. Some political leaders worried that other national minorities looked to the vote with thoughts of their own national aspirations. If the vote succeeded, the thought went, such aspirations would be strengthened and that would lead to instability. But it seems to me that the opposite is true: such a peaceful campaign is a remarkable example of the potential of discursive and non-violent means for achieving political goals, which might encourage minorities to pursue similar non-violent means in the quest for their political autonomy. That wouldn’t be the cause of any ensuing instability, but a much better way of addressing the already existing tensions, which is a euphemism for the fact that many national minorities suffer discrimination, mistreatment and oppression. If you value democracy, you want to see it succeed where much blood has been shed before: in the struggle for political independence.

This leads us to the problem with the Yes argument. That the conversation has been couched mostly in nationalistic terms is, I believe, a source of concern. For various reasons I can’t enumerate here I am very skeptical about the idea of nationalism in general and about nationalism as a basis for political independence in particular. One troubling aspect of nationalism is that the idea that nations should have their own states and states should be nation-states forces people to choose. Why can’t someone be both Scottish and British? If nations are to have their own state, each state should have a clear nation. If there’s a nation that doesn’t have a state – either it should have its own state, or live as a minority in a state that isn’t its own.

More importantly, I think that there is a potentially better argument for the Yes campaign that wasn’t as prominent in this discussion. That is the democratic aspect: would a new independent state improve the Scottish people’s ability to affect the matters the concern their own lives? Some Yes people have made that argument, usually within the nationalistic framework: as a nation, the Scots will be in a position to manage their own life. But I’m not interested in the Scots as a nation, but in Scots (and the English, and all other affected parties) as individuals. Would it improve individuals’ democratic standings? Will they have more say in decisions that impact their lives? I’m not sure, and I haven’t heard many people make a persuasive argument either way. Some Yes people think that an independent Scotland would result in an improvement in democracy because there are differences in preferences, generally speaking, between the population of Scotland and the rest of the UK: Scots tend to support more social policies, such as governmental funding of education and healthcare than the policies of the UK government. Therefore, an independent Scotland would reflect better the preferences of most Scots while the remaining citizens of the UK would have policies that reflect their preferences.

This might be true. However, there are various other issues that complicate the story. Will an independent government in Scotland be sufficiently strong to have its own policies in the face of pressures from international markets and a strong neighbor? For example, if the now independent Scotland attempts to regulate labour standards more rigorously will they be able to enforce it given the competition with their southern neighbors or will they have to end up complying with the standards of the Westminster government only that now it’ll be a much more conservative government in which they will have no say?

These are empirical questions that are hard to answer, but to my knowledge they have not been the focus of empirical study in recent years. Partly, that’s because the kind of democratic considerations I’m raising here have not been prevalent in discussion on boundaries and succession, though I think they should be. 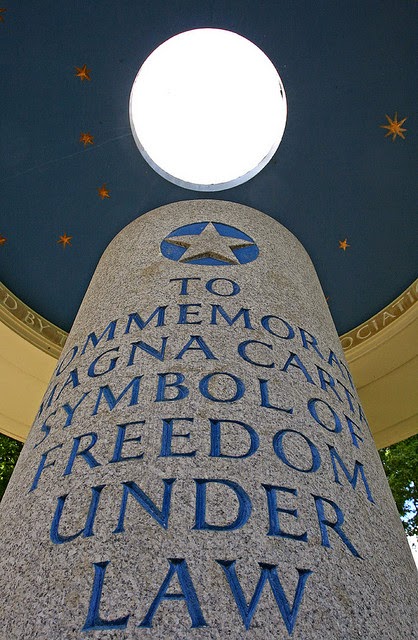