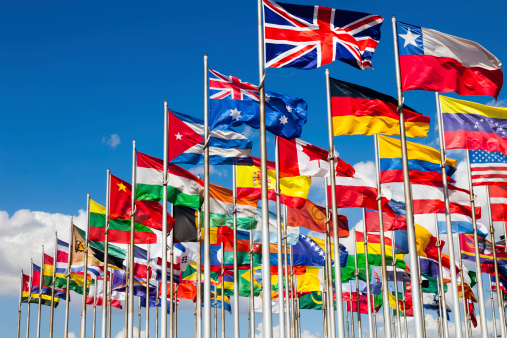 Historically, international taxation of MNEs faces two challenges. First, it requires international cooperation to ensure that MNEs cannot game the system and shift their profits to avoid paying taxes. Second, assuming that countries come to agree on a system of cooperation that ensures MNEs are taxed in some way or other, each country will try to maximise its share of the tax revenues.

Overall, the reform certainly seems like good news with regard to the first challenge. It effectively replaces the “race to bottom”, which has often allowed MNEs to pay effective tax rates of close to 0%, by a “race to the middle” around the 15% rate. However, two caveats apply before heralding this as the end of tax avoidance as well as tax competition as we know it.

First, there is a so-called “substance carve-out”, allowing MNEs to pay a lower rate in countries where they have a lot of tangible assets. In other words, if you have a factory with lots of employees in a place, then you can pay less than 15% in that jurisdiction.

This leads to the second worry. Once we are talking about rates below 15%, we are in the territory of rates posted by traditional tax havens such as Ireland’s rate at 12.5%. Is this still cause for celebration, or might the reform be locking in a new low-tax paradigm?

When it comes to the second challenge of ensuring a fair and equitable distribution of taxing rights between countries, the reform also raises a number of questions. In particular, there are several indicators that most of the additional revenues projected to be generated by the reform will go to rich, developed countries. This is despite the OECD’s emphasis on its “Inclusive Framework”, which gave developing countries a seat at the table while the reform was developed.

The OECD implicitly acknowledges this problem in its official announcement of the reform, when they state that, for Pillar One’s projected $125bn of additional revenue per year, “developing country revenue gains are expected to be greater than those in more advanced economies, as a proportion of existing revenues.” (my italics) Given the lower fiscal revenues in many developing countries, which are partly due to past exploitation by rich countries through colonialism and the absence of a level-playing field in international economic relations, this leaves open the possibility that developing countries end up with very little in absolute terms.

Specifically, here are several ways in which the new rules are tailored to the needs of rich, OECD countries. Starting with Pillar One, its shift to market jurisdiction by definition favours jurisdictions with large consumer markets. In other words, it favours large, rich countries.

Given the focus of Pillar One on taxing the GAFAs, the highly profitable digital service giants, it is also noteworthy that countries will have to repeal any unilateral digital services taxes they might have adopted in the past in order to be granted access to the additional revenues of Pillar One. It is not clear whether for which countries this will actually mean an improvement.

Moreover, note that for more traditional highly profitable MNEs, the shift to market jurisdiction will tend to hurt developing countries. After all, a significant slice of these MNEs’ profits will now be taxed exclusively in the market jurisdiction and not, as under other possible tax-right-allocation arrangements, at least in part where assets and payroll expenses are located.

Turning to Pillar Two, which is expected to generate $150bn of additional revenue per year, one of the worries from the perspective of poorer countries is that the introduction of the minimum tax will entice MNEs to repatriate some of their capital to where their headquarters are. Since these tend to be in rich countries, some expect the reform to trigger an outflow of capital from poorer countries.

In sum, while the proof of the new international tax pudding will be in the eating, several items on the menu suggest that powerful states have once again pushed through an agreement that favours their interests. This is disappointing, albeit perhaps not all that surprising.