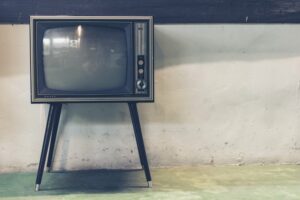 If all sources of information are completely unreliable, perhaps your views are mistaken, but at least no one else can show that you are. No one else is in any better of a position than you. In circumstances where everyone’s sources are equally unreliable, they cannot prove you wrong. Who this “they” is hardly matters. But they will typically be someone in your outgroup. An “other,” so to speak.

In sum, propagandists benefit from convincing you that you live in a world of epistemic nihilism. Epistemic nihilism, as I am using the term, not only denies that we can ever truly know things (at least certain kinds of things); it also denies that there are better or worse epistemic positions to be in. All sources lie. All sources are unreliable. No one is trustworthy. We cannot gain epistemic justification for our beliefs. No one can get above the fray to find answers.

This kind of mental condition is similar to George Orwell’s doublethink or Hannah Arendt’s description of a budding totalitarian state where the masses thought “that everything was possible and that nothing was true.” But the propagandist hawking epistemic nihilism need not take things so far. They need not convince their audience to embrace a clear contradiction nor get them to deny that there is truth. They can work in the space between truth and knowledge (or between truth and epistemic justification).

Such a propagandist must employ a few tricks in order to accomplish this. Here I try to identify some of those tricks, in hopes of making them easier to spot.

The first trick is one already mentioned: the propagandist needs to turn reliability into an all-or-nothing trait. If the propagandist can convince you to accept this binary, then they are on the road to being able to convince you that any source that fails to be perfectly reliable is just as bad as any other. All sources become equally bad.

Something similar is often done with concepts such as bias and honesty. No one is completely free of bias or totally honest, but some sources are more honest than others, and some people give into their biases more fully than others. When bias and honesty are treated like all-or-nothing categories, a distinguished professor at Harvard and InfoWar’s Alex Jones suddenly are on the same level: part of the nebulous category of sources that are unreliable, biased, and dishonest.

In his book The Road to Unfreedom, Yale historian Timothy Snyder discusses this sort of propagandist maneuver in the United States:

“Many Americans did not see the difference between someone who constantly lied and never apologized and someone who almost never did and corrected his or her mistakes…no one ever tells the truth,  perhaps there is no truth, so let us simply repeat the things we like to hear, and obey those who say them. That way lies authoritarianism. Trump adopted the Russian double standard: he was permitted to lie all the time, but any minor error by a journalist discredited the entire profession of journalism.”

Snyder also identifies a second trick employed by the propagandist who makes binaries out of concepts like reliability and bias: a double standard. The propagandist either taps into or creates reasons why some sources get a free pass for their failures, while others don’t. Crucially, these free passes don’t track the epistemic merits of the sources. They don’t track how reliable, accurate, trustworthy, or objective the sources are. They tap into other things. Those other things might instead be simply “those things we like to hear.”

Choosing who we get our news from ought to be a choice grounded in concrete epistemic considerations like the levels of reliability and honestly. This doesn’t solve all our issues, of course. People can and do disagree over how to interpret the evidence for a source’s honesty or reliability. People also disagree over what the evidence is. But at least those disagreements recognize that some flawed news sources are better than others. And for many, that itself would be an important corrective.