I think pluralism in economics is justified for a reason similar to the one given by J.S. Mill in defense of freedom of expression. In On Liberty, Mill notes that:

“the peculiar evil of silencing the expression of an opinion is that it is robbing the human race, posterity as well as the existing generation – those who dissent from the opinion, still more than those who hold it. If the opinion is right, they are deprived of the opportunity of exchanging error for truth; if wrong, they lose, what is almost as great a benefit, the clearer perception and livelier impression of truth produced by its collision with error.” (see p.19 of this PDF version of Mill’s book)

By analogy with Mill’s argument, let us first assume that we do not currently have a “good” theory, one that would fulfill all scientific requirements, whatever they are. If that is the case, it is better to allow for a variety of theories and methods, so as to maximize the chance of finding the good one, while minimizing the probability to choose a single bad theory or method. As an example, one could think of the debate between Ecological Economics and Mainstream growth theory. We currently do not know how to model interactions between human production and natural services. My argument is that having both theories flourishing side by side ensures that, at least, not everyone delves into error.

What if one side has it right, though? Let’s suppose that we do have the good theory that fulfills plainly all scientific requirements. This is not a sufficient reason to ban competing theories or methods, for they may help us refine the established economic theory. One of the most beneficial consequences of pluralism is that the existence of competing theories may force established practitioners to solve new problems, which “heterodox” theorists pretend mainstream theorists fail to explain. For instance, the fact that Marx’s work is filled with Hegelian thoughts has not prevented Analytical Marxists, such as G.A. Cohen or J. Elster, from analyzing his work with the tools of rational choice theory. Marx might have erred in many ways. Nevertheless, analyzing his mistakes has allowed the development of a rich and fruitful literature, which may not share all of Marx’s methodological or normative commitments, but that may not have come into existence without Marx either. 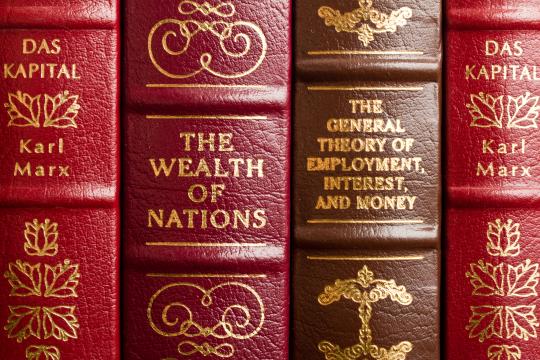 Should we, therefore, tolerate any theory? I do not have the space to develop an argument about possible limits to pluralism here. But let me just say that the fact that pluralism is justified does not entail that any theory or method is justified. Each school of thought must be able to justify its methods and theories to others, at the very least by appealing to reasons that other schools of thought may accept.

As a final note, I must confess that it might be excessively optimistic to expect that economists will reasonably discuss the pros and cons of their competing theories or methods. Mainstream economists may refuse to listen to heterodox economists. In return, heterodox economists may use their defense of pluralism as a strategic move to weaken the mainstream orthodoxy and eventually bring about a new heterodox era. Communication between them may fail, because of a lack of willingness to communicate or of a proper common language. People may also fail to agree on common values or reasons, or to acknowledge the relevance of competing theories’ contributions. I do not underestimate these issues. I nevertheless hope that this post can be an invitation to be humble about one’s own theory and tolerant towards others’ work.

Louis Larue is a post-doctoral researcher in financial ethics at the University of Gothenburg (Sweden), and an invited lecturer at UCLouvain and Université St-Louis (Belgium). His research focuses on issues of justice in finance and money, and on several topics in the philosophy of economics.