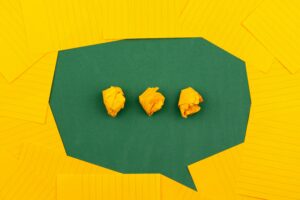 First, we’ll share with you our reasons for thinking that not judging others as virtue signalers is generally what intellectual humility requires of us. Then, we’ll offer suggestions for productive alternatives for moral discourse.

The goal of trying to make oneself look good through one’s moral talk is the constitutive feature of virtue signaling. Thus, in order to recognize that someone is virtue signaling, you need to be able to identify that they have this specific goal.

We can often recognize someone’s goals by the language they use. If someone asks you if they can have a dollar, under many circumstances you are justified in inferring that they ask because they have the goal of getting you to give them a dollar. But things are not so transparent when it comes to virtue signaling.

As Tosi and Warmke point out, the virtue signaler is not likely to get the moral credit they seek by making direct claims about their moral virtue. Saying “I’m a moral exemplar!” is a poor strategy for getting others to think you are morally exemplary.

Instead, virtue signalers mimic sincere moral language. They claim to be outraged by injustice, committed to fighting oppression, or weary with mere lip service. In order to spot a virtue signaler, you must be capable of seeing through the façade created by such language. You must recognize the hidden motivations for such talk.

But we think you should not be confident that you can see through to a virtue signaler’s hidden motivation—at least in current circumstances within highly politically polarized environments like the United States.

This kind of dislike and moralized othering of outgroup members—which is similar to what others have called negative partisanship—naturally leads us to interpret the words and actions of those in our outgroup unfavorably and uncharitably. And it seems that most often judgments about virtue signaling happen across the partisan divide. Our negative outgroup biases leave us more likely to judge those in our outgroup as virtue signalers, while simultaneously undermining our ability to assess their actions charitably.

This problem is exacerbated by the fact that we often lack knowledge about outgroup members’ context, values, and underlying assumptions. Such knowledge is often necessary to be able to understand (or even conceive of) the motivations for others’ moral talk.

One reason we lack this knowledge is due to what C. Thi Nguyen calls “epistemic bubbles”—i.e.  information environments in which certain kinds of sources are systematically left out. From within our partisan siloes, we miss out on many of the claims made and assumptions held in outgroup circles. If moral claims are an output, we lack an understanding of the relevant inputs that generate moral claims made by those operating in different epistemic bubbles.

Add to this fact that many of our moral claims are made on social media. Social media platforms are often designed to strip away context. Given all this, we are often poorly positioned to make sound judgments about whether someone is virtue signaling. Because we lack this foundation, the epistemically virtuous and epistemically responsible thing to do is to avoid making such judgments.

Of course, we can still criticize members of our outgroup. But the appropriate critique does not typically include charges of virtue signaling.

A.K. Flowerree is assistant professor of philosophy at Texas Tech University. Her research focuses on questions in epistemology, ethics, metaethics, and their intersection.