Political theory hasn’t been neglected by the podcast boom, but it’s not always easy to know where to go. Here, I list (with links) the best political theory/philosophy related content in the podverse. (There are also some iTunes U courses and related suggestions below).

END_OF_DOCUMENT_TOKEN_TO_BE_REPLACED

Why should housing be fit for human habitation?

There is currently a lot of attention on the UK’s “housing crisis”. One issue here is the quantity of available housing. There are commitments to address the shortage of housing in the 2017 manifestos of both the Labour Party and the Conservative Party. Another issue is the quality of housing. On this issue, the Labour Party have restated the commitment they made in a 2015 Homes Bill to require that all homes meet the standard of being “fit for human habitation”. In this post, I explore the reasons in favour of this commitment.

END_OF_DOCUMENT_TOKEN_TO_BE_REPLACED

Lecturer in Moral or Political Philosophy, University of Leeds 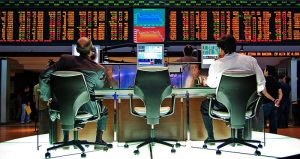 It was on 14 September 2007 that the general public first noticed that something was wrong. Hundreds of desperate customers queued in front of the branches of mortgage lender Northern Rock, fearing that their savings were already gone.