In this post, Rami Ali (University of Arizona) discusses his recent article in Journal of Applied Philosophy on the range of values possible in the virtual world. 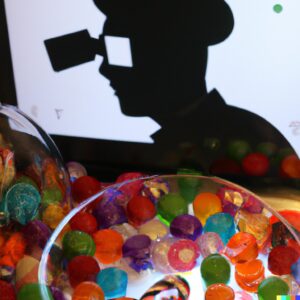 Early in The Matrix Cypher confronts Neo with a question: “Why, oh why, didn’t I take that blue pill?” The confrontation is meaningful and significant. The red pill gave them their nonvirtual life outside the matrix. But is that life really more valuable than their blue pill-life inside the matrix? We’re invited to take a side and it’s tempting to do so. But neither choice is right. In The Values of the Virtual I argue that virtual items are not less or more valuable, nor of equal or sui generis value when compared to their nonvirtual counterparts. Or more aptly, they are all of these, depending on the virtual instance we have in mind. Taking sides short-changes the diversity of the virtual world and everything populating it, leaving us with less nuance than we need to understand and govern our virtual lives.

The issue is significant for many reasons. We already face theoretical problems when thinking about virtual experience, identity, friendship, theft, harassment, molestation, and murder (amongst others). These problems have already extended to law and culture. In 2007 the Dutch court grappled with the value of virtual theft. And recent VR sexual assaults have prompted questions about whether law can even acknowledge rape in the metaverse. In a recent documentary filmed entirely in VR, the protagonists wonder about the reality and value of their virtual lives, and even the documentary offers but a small sample. Our lives are increasingly virtual. We spend more time in the virtual, and new advances, like those of virtual reality (VR) technology, make that time even more immersive.

The Matrix’s dichotomy is not constrained to fiction. In Anarchy, State, and Utopia (1974) Robert Nozick argues that life inside the experience machine, a machine that generates any desired experience, is less valuable than life outside. And David Chalmers (2017, 2019) has recently described two alternatives, one of which says the virtual is real and as valuable, the other which denies its reality and equal value. But these apparently opposed views are grounded in a deeper shared commitment. Thinking that the virtual is e.g always less or more valuable commits us to virtual monism, the view that all instances of a given virtual item stand in one value-salient relation to their nonvirtual counterpart. For instance, that all virtual relationships are less valuable than nonvirtual relationships, or of equal value.

This suggests an alternative, virtual dualism, the view that virtual instances stand in one of two value-salient relations to their nonvirtual counterpart. This is a tempting view. It explains why two students who walk into a calculator-free exam with virtual calculators might not both be cheating. If some virtual calculators are calculators while others are not, whether a student is cheating will depend on the type of virtual calculator they walk in with.

But virtual dualism is also mistaken. It is too coarse-grained a form of virtual pluralism to capture the nuances of the virtual. A virtual reproduction reproduces all the essential properties of the (typically nonvirtual) original. But the virtual is malleable. One can reproduce only some essential properties of the original. Sexual assault in VR does not currently reproduce tactile aspects of assault. But it reproduces visual aspects, like seeing the assault occur from an embodied and accurate first-person perspective. So we need to distinguish virtual reproductions from their incomplete counterparts, which we can call virtual simulations.

Do all virtual instances reproduce essential properties? In 1997 the first Grand Theft Auto contained many instances of virtual violence. But most of these reproduced no essential properties of that violence, so they were neither reproductions nor simulations. When one non-playable character assaulted another, this at most virtually represented assault – with a few changes in colored pixels. More generally, a virtual token might be a token by virtue of representing its (typically nonvirtual) counterpart, rather than reproducing any or all of its essential properties. And like virtual reproductions and simulations, which differ in how completely they virtually reproduce essential properties, we can distinguish virtual representations from virtual simulacra, which differ in how completely they represent. This partiality is not insignificant to the value we ascribe. Many virtual simulacra of women in video games are not sexist because they represent no properties of nonvirtual women. Rather their sexism lies in the properties they omit in their representations. Similarly for instances of racist virtual imagery.

This four way division between virtual counterparts – virtual reproductions, simulations, representations, and simulacra – establishes the diversity of the virtual. But it also leaves room for various types of virtual hybrids, which virtually reproduce and represent, virtually reproduce/represent more than one nonvirtual item, and which make use of innovated properties.

So a more accurate view is that the red and blue pills are just two pills Morpheus identified from a bag of rainbow-colored Skittles. Seeing this can help us offer more nuanced value judgments, norms, policies, and laws for the virtual world. For instance, we can better see why VR technology does more than traditional displays do: it allows us to reproduce and not just represent embodied first-person interactions in physical space. And why video games produce different concerns than movies: video game interactivity reproduces features of agency. This nuance is necessary going forward. The virtual will give us more freedom than ever. But as usual, this will come with more responsibility.