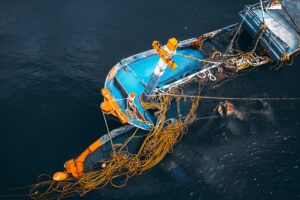 Yes, Clifford was probably an evidentialist. And yes, Clifford probably wasn’t afraid to insist on high epistemic standards. But from the perspective of Clifford’s essay, in its entirety, these arguably aren’t the things that Clifford cared about most when it came to the “ethics of belief.”

Second, we have ethical responsibilities to believe and inquire in certain ways because our beliefs and our inquires impact others.  For Clifford, belief and inquiry have a social and political nature. And there are just and unjust ways to go about our doxastic lives as a result.

These points have gained new relevance given the commodification of attention by media platforms and the significant consequences of extreme beliefs fostered on the internet.

Given all this, it’s worth looking beyond Clifford’s famed story and principle for ethical insight.

In his essay, Clifford wastes no time identifying the important role of inquiry in one’s ethics of belief. He titles the first section of the essay (the one containing both the shipowner story and evidentialist principle) “The Duty of Inquiry.” At various points he specifies that inquiry ought to be fair, conscientious, and patient. These observations are in keeping with the “zetetic turn” that has recently come to interest many epistemologists.

Importantly, for Clifford, inquiry is not something that lone thinkers do in isolation. Rather, much of inquiry is a social process. This helps explain why, for example, Clifford devotes the lengthy second section of “The Ethics of Belief” to social epistemic questions about when we are justified in believing on the basis of testimony (i.e., believing based on the authority of others).

This can be seen when looking at Clifford’s explanations of why believing on insufficient evidence is wrong. For example, he writes that

“Belief, that sacred faculty which prompts the decisions of our will, and knits into harmonious working all the compacted energies of our being, is ours not for ourselves, but for humanity.”

He also writes that believing on insufficient evidence is belief “stolen in defiance of our duty to mankind.”

I don’t mean to be making a saint out of Clifford. His writings show that he could still believe irresponsibly, despite his own admonitions. Still, in our interconnected age, it is worth remembering the social impact of how and what we believe.