In this guest post, Arianna Marchetti discusses Big Data from the perspective of Foucault’s biopolitics.

Foucault claims that biopolitics (a form of macro-politics that aims at disciplining the population through the use of demographics, medicine, and the normative regulation of sexuality), is the disciplinary form of capitalism and is essential to its functioning as it disciplines the body in its form of production. But as new technological developments have emerged does this concept still help us to unmask current forms of domination?

Following Michel Foucault’s use of the term biopolitics in his analysis of power and society, the concept has been widely used to analyse and theorise liberalism and power dynamics in capitalist societies. In his work, Foucault discusses the development of power dynamics between the state and its subjects. He individuates the various methods used by the state to govern the population to secure the system’s optimal functioning.

According to him, the birth of biopolitics can be traced back to the 19th century, when power — thanks to technologies of discipline and regulation— managed to achieve a new level of control over the bodies and lives of its population. The disciplinary power aims at creating a healthy and disciplined workforce through the use of restrictions and regulations. The population is a resource to administer, to control and to exploit, and becomes the main object of biopolitics. The rhythms of reproduction, natality and mortality become crucial to biopolitics, whose objective is to maintain life, and consequently production, at its optimal level.

Foucault claims that biopolitics is the disciplinary form of capitalism and is essential to its functioning as it disciplines the body in its form of production. But as new technological developments have emerged does this concept still help us to unmask current forms of domination?

Big Data is a prime example of technological change that opened up new possibilities of control and domination. Big Data is basically a large data set that can be analysed computationally to reveal pattern and trends relating to human behaviour and interactions. The data can be collected from social networks, websites, apps, and any use of smart devices, thus, it relies on the use of technology by the population and people’s willingness to share personal information.

The concept of biopolitics — in so far as it remains anchored to the idea that power is exercised through norms that regulate the population’s bodies and habits— does not take into consideration the techniques of psychological control employed in neoliberal societies. Biopolitics rests on the use of demographic statistics and other methods which do not allow to access the psychological dimension. Through empirical analysis it then works out rules of conduct and discipline; power relations then, can always be unmasked by the study of laws and practices. Nowadays, however, Big Data makes a  new  and more subtle exercise of power possible since it allows to foresee human behaviour, to study its patterns, and consequently to develop techniques of control and influence.

In the last years of the 1970s Foucault himself seems to recognise that the concept of biopolitics does not represent its own time and starts an analysis of neoliberalism. That later brings him to create the concept of technology of the self understood as a set of voluntary practices and behaviours performed by individuals to transform themselves. Through this concept, Foucault begins to see the relation between the technologies of the self and the technologies of power, however, he does not fully recognise the extent neoliberal domination fully monopolises the technology of self.

To unmask processes of domination in neoliberal societies is an arduous tasks since their strength lies precisely in their ability to be fully internalised and perceived as free choices and individual projects. However, a first possible step to detect exploitation is to identify the instruments employed by neoliberalism to promote self-optimisation and the exploitation of people’s insecurities and desires and to develop strategies to counteract their influence.

Neoliberal forms of domination are based on the principle of freedom, thus, they take advantage of all the activities that we associate the most with the exercise of freedom—such as emotions, play, and communication— to collect information that enable the understanding of human behavioural patterns. Social media are the best example of how our freedom to communicate, and our desire for recognition and validation, allows for the creation and maintenance of a panopticon. All the data generated through the use of different technologies is called Big Data, and it is used to discover patterns and trends related to human behaviour. The upside of Big Data is that it can be employed to shape human experiences for the better. The downside, however, is thatwe have no control on how these data are used and we are liable to become victims of psychological forms of control.

Big Data allows companies to grasp people’s unconscious desires and to design strategies to augment sales. By having access to our conscious and unconscious thoughts and desires the technologies of control have the ability study our emotional responses and exploit them. The neoliberal system benefits form mobilising emotions as emotions give rise to quick reactions, they make fast changes possible, and importantly, they open up new fields of consumption.

In the past few years there have been attempts to regulate the use of Big Data, however, there is still little awareness of the dangers that their abuse constitute for our freedom. More public discussions on the practical and ethical implications of Big Data’s use are needed, as well as critical tools to protect ourselves from psychological forms of control. 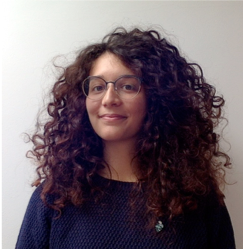 Arianna Marchetti is a research assistant at the KU Leuven Centre for Global Governance Studies. Her research focuses on mapping democratic discourses in Europe to analyse citizen’s perceptions of EU institutions and the Rule of Law. She is also interested in political philosophy in particular, ethics of migration, gender studies, European politics and European cultural policy.