This critique of the just deserts rationale for capitalism has a long history among proponents of private property and free markets. Frank Knight, Friedrich Hayek, and Milton Friedman all emphasized the importance of limited information and luck in the operation of markets, generating inequalities that don’t reflect differences of merit or desert. Heath  consciously drops one of the main forms of luck they identified, however: the genetic lottery. Here’s Milton Friedman, from Capitalism and Freedom:

Most differences in status or position can be regarded as the product of chance at a far enough remove. The man who is hard working and thrifty is to be regarded as ‘deserving’; yet these qualities owe much to the genes he was fortunate (or unfortunate?) enough to inherit (165-66).

On this point, Friedman followed Hayek and Knight. The inheritance of human capital is just as arbitrary a basis for distributing the social product as is the inheritance of physical capital. Robert Solow took this line against Mankiw.

You do not “deserve” that part of your income that comes from your parents’ wealth or connections or, for that matter, their DNA. You may be born just plain gorgeous or smart or tall, and those characteristics add to the market value of your marginal product, but not to your just deserts.

This rationale for redistribution poses a threat to self-respect, however, if interpreted as compensation for inferiority. Elizabeth Anderson argues that it would be stigmatizing for people to think that lack of talent is the ground upon which citizens can claim assistance (306). A better strategy, she suggests, is to “question the very idea that inferior native endowments have much to do with observed income inequalities in capitalist economies” (325). Heath adopts the same approach. Symphony musicians are obviously talented, but they don’t earn a lot (20). Inter-industry wage differentials within the same occupational category can’t be explained by differences in innate ability (3). Superstars like Lionel Messi obviously do earn high wages, but that’s in part because they have market power (18), so the markets for their talents aren’t truly competitive. Heath concludes that the question of innate ability is largely “orthogonal” to the debate over just wages.

I have doubts about the evidence Heath offers for his orthogonality thesis. And I worry that the avoidance strategy will undermine egalitarian conceptions of social justice, such as that of John Rawls. 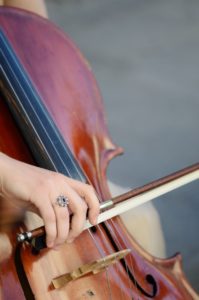 The example of symphony musicians shows that markets reward scarce ability to produce goods and services people with money want to purchase, not ability in general. Productive potential is not equally distributed however. Developed productive ability could be more equally distributed if conditions of development in childhood were more equal. But it would still take special talents to become a brain surgeon, raising a question about the fairness of higher rewards for such roles, beyond what would be justified by heavier burdens.

The evidence on wage-differentials across industries shows that secretaries and managers in high-wage industries aren’t systematically better than secretaries and managers in low-wage industries. The explanation for wage differences within occupational groups must lie elsewhere, e.g. in norms of fairness or reciprocity within firms (as discussed in Peter Dietsch’s contribution). Those with greater talents will tend to earn more within a given occupation, however, and will be attracted to occupations with higher ratios of rewards to burdens.

My broader worry about Heath’s avoidance strategy is that it obscures the basis of egalitarianism. Knight, Hayek and Friedman were of course not egalitarians. In fact, they used the moral arbitrariness of the distribution of natural talent to accuse egalitarians of inconsistency. If the inheritance of ordinary capital is so unfair, why don’t you object to the inheritance of human capital too? As Ben Jackson explains, however, many on the left did object, not to the inheritance of ability as such, but to the fact that in a market economy, those born with scarce talents are able to command higher wages even without greater effort or diligence. Knight, Hayek and Friedman took it for granted that allowing income to be distributed according to one’s inheritance of property or talent was justified all things considered, since it contributed to aggregate prosperity (by incentivizing saving and the development of ability). Rawls argued that wasn’t enough. Morally arbitrary inequalities in shares of the products of collective labour are justified only if they benefit the worse off.

If markets don’t reward talent, then it may seem that all justice requires is protection of basic liberties and equality of opportunity, without any need for inequalities to benefit the worse off. However, even if we had eliminated unequal conditions of development during childhood, and even if we had perfected achievement-based selection to positions, it would still be unjust for positions with equal burdens to be rewarded unequally, unless such inequalities benefit the worse off. Fair equality of opportunity is sufficient for distributive justice only where there is no significant variation in the innate bases of productive ability. Denying the existence of such differences risks camouflaging the fact that inequalities between positions need to benefit the worse off, and would still need to do so even if conditions of development in childhood and adolescence were more equal.

Andrew Lister is an Associate Professor in the Department of Political Studies at Queen’s University in Kingston, Ontario. Before coming to Queen’s he was an FQRSC postdoctoral fellow at the Centre de recherche en éthique de l’Université de Montréal. He works on topics related to democracy and distributive justice, such as public reason, and more recently reciprocity.