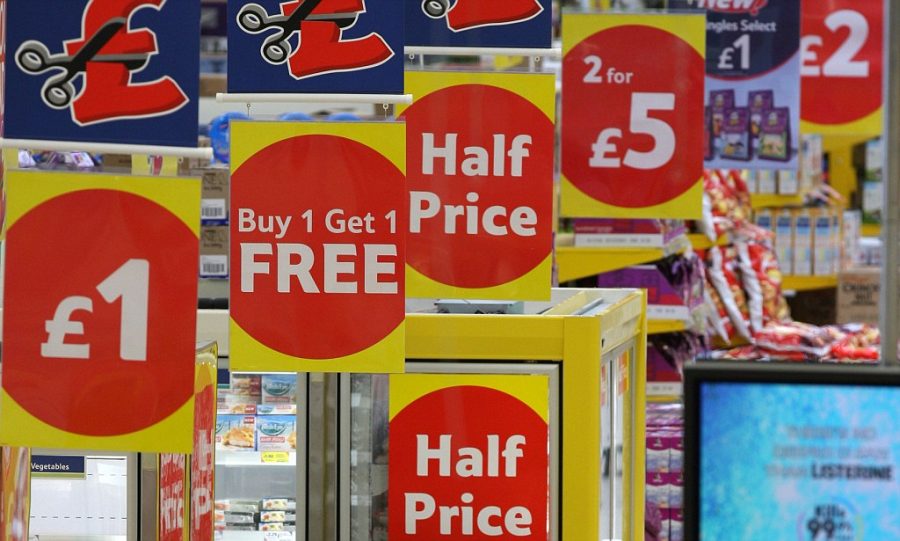 “The only purpose for which power can be rightfully exercised over any member of a civilized community, against his will, is to prevent harm to others. His own good, either physical or moral, is not a sufficient warrant”.

Since buying unhealthy food and drink does not harm anybody but the person consuming them,* the libertarian argument runs, there is no justification for government intervention.

The implication is that multibuy discounts take advantage of this cognitive bias by anchoring consumers on a higher quantity of the product. As a result, the consumers are induced to buy more of the product than they would otherwise choose to. This is backed up by empirical evidence. A number of studies have shown that presenting a promotion as a multibuy discount (eg 2 for £2) generates larger sales increases than as an equivalent single unit discounts (eg 1 for £1). This finding holds even when it is made clear that consumers do not have to purchase the stated quantity in order to get the discount.

Adam Oliver suggests that in cases like this government intervention is not paternalistic, but is consistent with the harm principle. His view is that exploiting consumers’ cognitive biases (such as anchoring) in order to get them to do something against their interests (such as consuming unhealthy products) is the sort of harm to others Mill would be content to regulate.

This seems to me to go too far. Oliver’s account entirely erases the agency of consumers of unhealthy products: they are assumed to be innocent bystanders, bent to the whim of manipulative retailers, rather than active participants in the transaction. Note that the harm principle rejects interfering with someone’s action “against his will”. Yet consumers buying products on multibuy discounts clearly seem to consent to the transaction, in the sense that they have a choice in the matter.

Then again, it could be objected that this consent is illusory when consumers’ decisions are being guided by manipulative retail practices. All the same, it seems a bit of a stretch to go from the fact that promotional techniques influence a person’s buying choices to suggesting that they determine them. And in any case, consumers clearly feel like they are consenting to buy the extra products, even if they have less control than they imagine.

I think the underlying issue is the tendency to see concepts like consent, autonomy and paternalism as binary either/ors: you either have them or you don’t. Yet the the consumer nudged into buying an additional chocolate bar seems to me to be somewhere in between: their consent is compromised, but not eradicated. What this means, I think, is that the multibuy discount ban is somewhat paternalistic, but less objectionably so than cases where we have no reason to suspect people’s actions are manipulated.

Many people, perhaps most, believe that paternalism is at least sometimes justified. What I think follows from this discussion is that in cases like the multibuy discount ban, the bar is lowered: the benefits of a somewhat paternalistic measure need not be as great as the benefits of a fully paternalistic measure in order to be justified. To resolve the question of whether multibuy discount bans are justified, we also need to consider the health gains that result from the policy, the extent to which consumers’ impulsive choices might be at odds with their ultimate preferences or objectives, as well as the costs of the policy (e.g. increasing prices). Only then  can we judge whether it is acceptable paternalism.

*It may be argued that parents harm their children by buying them unhealthy products, and that other people are harmed by the cost to public healthcare systems of obesity, but set those arguments aside for the time being.