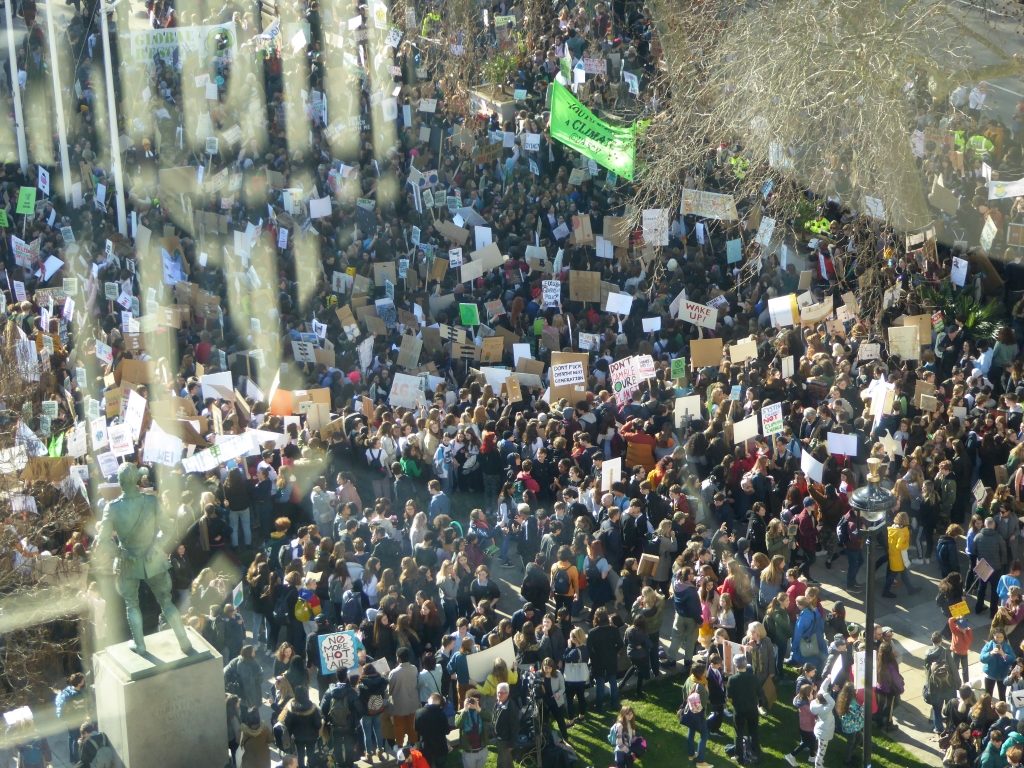 “Follow the rules” – everyone gets to hear this sometimes, but children do so disproportionately often. Recently, many appeared “unruly”: millions of children have been skipping school to protest inaction on climate change. While many adults condone their activism, children have also met the familiar rule-based opposition. Politicians have called the strikes ‘truancy’and demanded ‘more learning and less activism’ in schools.

I think there is a better lens through which to analyze children’s behaviour, namely civil disobedience. And, accordingly, rather than condemning it, we should recognize that there is a strong case for rule-breaking by children.

Speaking of school strikes as truancy makes them sound far away from paradigmatic cases of civil disobedience, like the Freedom Rides. But in fact, school strikes for climate exhibit features many regard as characteristic of civil disobedience. They involve law-breaking (school attendance is legally mandatory and children risk sanctions by staying absent) – but don’t seek to overthrow the general legal order. Rather, they are public and nonviolent attempts to change policies (while of course the protests can be exciting for participants, they are clearly politically motivated) and even include appeals to higher-order laws (e.g., the Paris Agreement). So, after all, children’s strikes for climate look distinctly like civil disobedience, even on a narrow model of it.

But, why does this label matter? While truancy and law-breaking are commonly perceived of as wrong, civil disobedience is taken to be an exception. There are two routes to justify civil disobedience, one liberal, one democratic. Firstly, civil disobedience – suitably constrained – can help counter violations of fundamental liberties. While legal protests often don’t receive uptake, civil breaches of laws can persuade the general public to consider neglected interests. (School strikers can appeal to this thought by pointing to the threat that climate change poses to basic rights.) On this liberal understanding, civil disobedience is in tension with democracy: by breaking laws, disobedient minorities defy the legitimate majority’s will. Since democracy is valuable, liberals think that civil disobedience must remain limited to issues of basic justice. 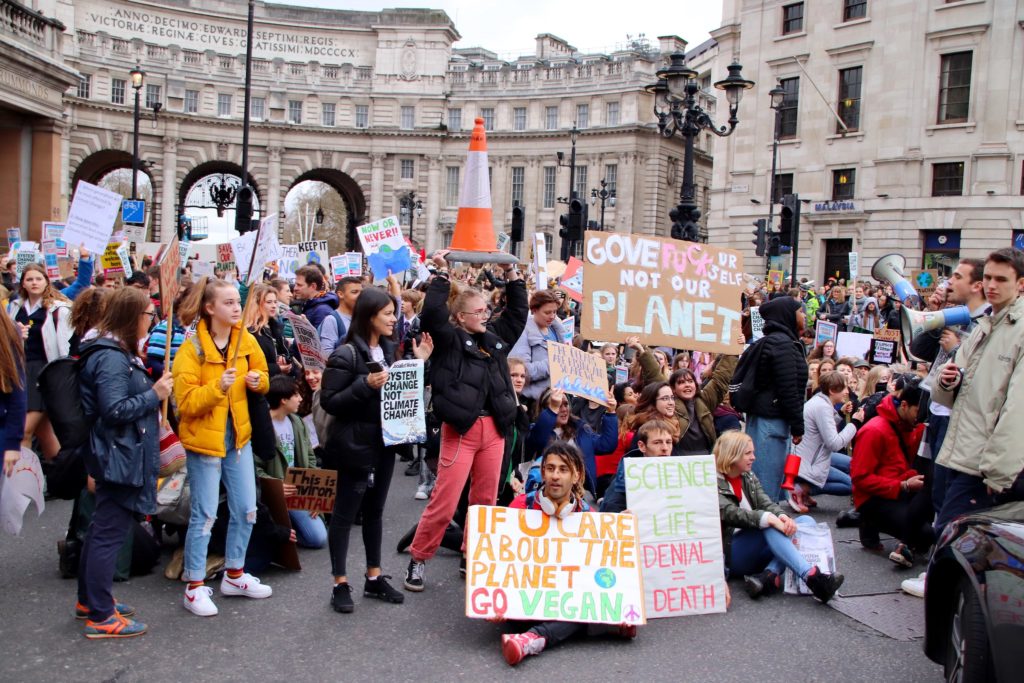 But civil disobedience can also further democracy. How so? For one, no democratic process is perfectly responsive to the people’s actual will. Even under conditions of political equality, deliberation ends at some point. Once adopted decisions might be outdated. And some views might be generally unattractive for parties to promote. More worryingly perhaps, actual states fall short of the ideal of political equality. Policy outcomes are determined by vast power inequalities. Civil disobedience, as a form of political participation, can help remedy these democratic deficits.

This democratic rationale holds especially strongly for some groups, namely those completely excluded from the formal legislative process. Children are such a group. As legal minors, they lack formal political influence (for example, because they don’t have the right to vote). Here, the worry that disobedience is in tension with democracy is especially weak. (Pierre-Etienne Vandamme makes a similar point with regard to immigration laws on this blog.) After all, the “democratic” process didn’t even consider children’s voices. Thus, children are especially justified in seeking alternative channels of participation, including ones that violates laws. You don’t always have to follow the rules, especially if you weren’t given a say in making them. (Which is not to say that all law-breaking by children is permissible.) 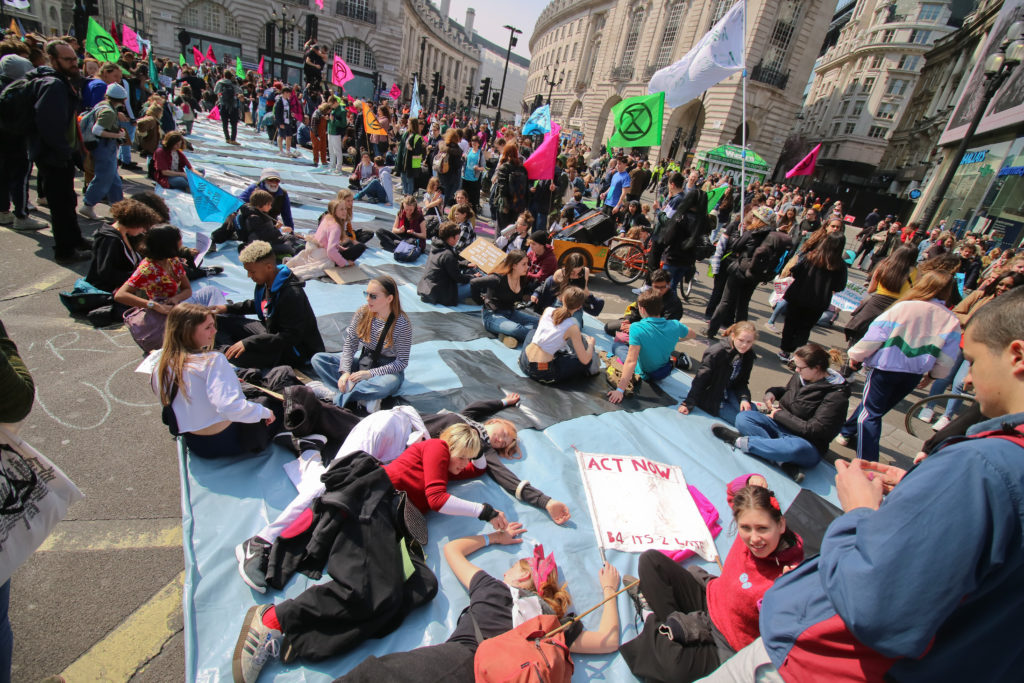 One might question this thought by responding that children are rightly excluded from society’s decision-making. Most people hold that age restrictions on the franchise are acceptable. (Aveek Bhattacharya clarifies the principles at stake in this issue in a recent post on this blog.) Now, I believe that children’s current exclusion is indeed unacceptable. As Nicolás Brando recently argued on this blog, the standards invoked to justify it are both questionable in themselves and applied inconsistently. It is hard to deny that at least teenagers involved in the school strikes are fully “capable” of political participation. But even if you reject extensions of the franchise, you can still think that children have a right to be heard on matters especially pressing to them – and can claim this right through civil disobedience where they lack effective alternatives.

When people think about children and politics, they typically think of youth parliaments or franchise extensions. While these are important, we shouldn’t overlook that children already participate politically in less formal ways. School strikes for climate aren’t the first time that children engage in principled law-breaking (consider, for instance, children’s strikes during the Soweto uprising in South Africaand their contribution to the American civil rights movement ). Nor are school strikes the only way children are currently disobedient (think of Extinction Rebellion Youth). Given that the rationale for civil disobedience holds especially for children, children’s disobedience shouldn’t be condemned or belittled; it should remain without punishment and be engaged with seriously. After all, as Greta Thunberg stresses on behalf of the school strikers, ‘this movement had to happen, we didn’t have a choice’. 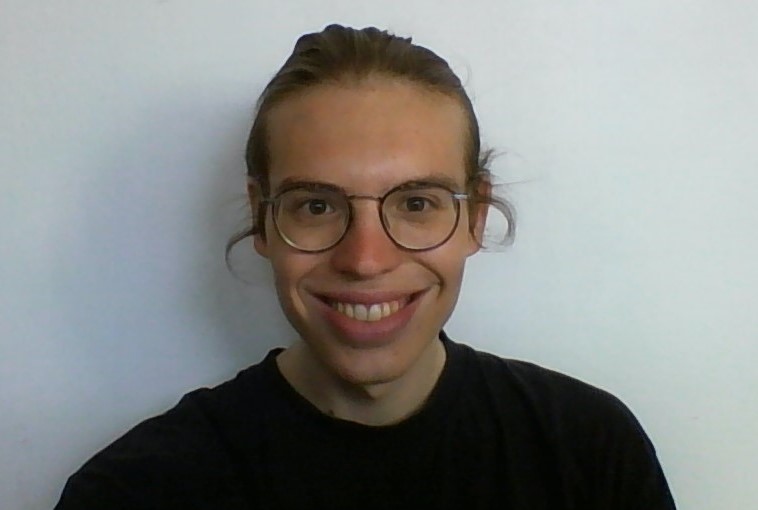 Nikolas Mattheis studied philosophy and political theory in Oxford and Bayreuth, where he currently is a teaching and research assistant. His research focuses on resistance to (global) injustices through (un)civil disobedience and other forms of activism.