Should we revive the ancient practice of ostracism?

A well-known aphorism by George Santayana says that “those who cannot remember the past are condemned to repeat it”. Less well-known, though, is the sentence used to preface this aphorism, namely that “when experience is not retained […] infancy is perpetual”. While the former is often used to highlight the importance of learning from past mistakes, the latter underlines the importance of learning from the beneficial (albeit defunct) practices of the past. But can historical practices inform contemporary political philosophy? Anthoula Malkopoulou’s insightful analysis of the Athenian institution of ostracism suggests a positive response. On her view, we should understand ostracism as a mechanism of democratic self-defence, which could plausibly be revived in a modern version. In the following lines I will further explore this suggestion.

How did ostracism work?

Ostracism was introduced in Athens as part of Cleisthenes’s democratic reforms towards the end of the 6th century BCE. It fell into disuse about a century later, after the ostracism of Hyperbolus in 415 BCE. The process consisted of two stages. First, Athenians had to decide whether to have an ostracism that year. If so, interested citizens would gather in the agora several weeks later, each bringing a piece of broken pottery sherd (the ostrakon) with the name of the citizen they wanted ostracized inscribed on it. After tallying up the results, a citizen was ostracized only if: (1) he gained a plurality of all votes cast and (2) a quorum of 6,000 citizens had voted. Thus, even if the second-stage was held, it would still be possible for nobody to be ostracized in a particular year; and one citizen at most could be ostracized each year. If someone was ostracized, he was required to leave Athens within ten days in an exile lasting ten years. Notably, the ostracized person could keep his properties and continue to benefit from them. After the ten years of exile he could return and fully regain his citizenship rights, while suffering no loss in social status[1]. 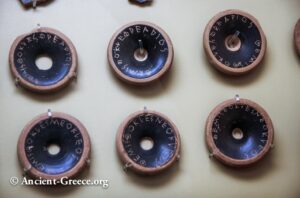 Some features of this process will immediately strike us as inappropriate for the modern world. Requiring a physical expulsion or temporary withdrawal of citizenship rights, for instance, are non-starters. But the core of ostracism does not lie in such features. Rather, it lies in the idea that citizens can democratically decide to deny other citizens’ opportunities to use political power. A plausible modern reconstruction of ostracism would have to build on this political core, while discarding other clearly unattractive features. More substantively, since power in a representative democracy is mainly channeled through elected offices, it would amount to a democratic decision-making process resulting in the denial of someone’s opportunity to run for office, for a limited period of time[2].

There are numerous ways to operationalize such a policy. Without proposing a fully-fledged view here, a tenable version would probably: (1) either require a high turnout quorum, a supermajority, or both, (2) be held at fixed intervals, and (3) allow for a small number of individuals (perhaps, as in the ancient case, only one) to be ostracized at each round[3]. The overall aim would be to design a procedure which would make a successful ostracization feasible in practice, so that it poses a genuine risk for politicians, but fairly difficult to achieve, in order not to unduly distort democratic competition. This proposal is, I believe, a charitable development of Malkopoulou’s more generally stated idea of neo-ostracism.

Should we really take neo-ostracism seriously?

What motivates Malkopoulou’s suggestion of reviving ostracism in our times? On her view, “parties and candidates that oppose the democratic principles of the constitution, endorse political violence, and actively threaten the life and integrity of minorities and their opponents are the ideal-typical targets of a neo-ostracism procedure. It is against such parties that having a positive pro-democratic mechanism of temporary expulsion through public vote would be reasonable”; further, “a neo-ostracism mechanism […] would unite the demos under a single issue of common concern, reinforce its commitment to defend the democratic constitution and turn them effectively and prudently against democracy’s enemies” (Malkopoulou: 2017, pp. 633-634). In brief then, neo-ostracism is envisaged to work as a bulwark against the concerning rise of anti-democratic parties[4]. There are some reasons which make such a view prima facie plausible.

Is the practice objectionable?

Note that all of the aforementioned claims rest on the assumption that democratic institutions are already in place, and a supermajority of citizens are committed to democracy and willing to defend it. Otherwise, neo-ostracism can do fatal damage in an autocratic or hybrid regime, since it would give non-democratic elites a powerful tool to legitimize the exclusion of pro-democratic leaders from politics. This possibility constitutes a first challenge against the practice, but it only shows that neo-ostracism should be limited in scope to consolidated democratic societies. Still, there will surely be objections to endorsing neo-ostracism even in these latter cases.

What probably strikes us as most awkward is the idea that the demos should be given the chance to decide who can run in an election. Intuitively, this goes against a liberal commitment to the right to candidacy, which is often seen on par with the right to vote as part of the package of fundamental electoral rights. But this impression might be superficial. On the one hand, we do sometimes allow for the demos to remove elected officials through purely political recall procedures. On the other one, the conditions required for candidacy are often much more constraining than those required for voting. Many societies impose high age limits to run for offices, going well beyond the age of maturity, and candidates often have to raise a minimal number of signatures of support in order to be able to run. This shows that we are already accustomed to normatively delineate between the right to candidacy and the right to vote. Furthermore, the most common underpinning of the universal right to vote cannot support a universal right to candidacy. While the universal right to vote is essential to protect the fundamental interests of each citizen, the right to candidacy cannot be justified in the same way since officials are normatively bound to pursue the common good, or at the very least the interests of those represented.

One of the main reasons for criticizing the Athenian practice of ostracism is also briefly worth mentioning, namely that it “could result in stripping the city of its best leaders and leaving it at the mercy of mediocre demagogues” (Malkopoulou: 2017, p. 624). If we look at the fairly short list of ostracized Athenians (e.g. Aristides, Themistocles, Cimon), this claim might indeed be given much credence. This is also compounded by a famous anecdote told by Plutarch, according to which an illiterate Athenian citizen once asked Aristides, who he had not recognize, to inscribe the name “Aristides” on the ostrakon, for no other reason than because he was fed up with hearing its fellow citizens calling him by the epithet “the Just”. While this may be a strong objection to the ancient practice of ostracism, it is rather doubtful that a supermajority of citizens in a consolidated democracy would band together in order to exclude the most competent politicians from the electoral arena – but it is, of course, not at all impossible to conceive.

There is, however, a related but more convincing argument against neo-ostracism, which refers not to epistemic competence or general political leadership, but rather to the risk posed to advocates of persistent minorities. Concretely, it is quite possible that even in a consolidated democracy, a supermajority of citizens would harbor negative feelings towards ethno-cultural, religious, LGBT or other minorities and that these feelings could be channeled against them through neo-ostracism. Aside from the institutional effect of weakening their political claims by preventing their most popular advocates from gaining representation, it could also result in such minorities being much less politically active to begin with, thereby failing to put their concerns on the public agenda. While this is less likely to happen in more diverse and tolerant societies, it would not be exaggerated to think that at least some democratic polities might very well see these type of profoundly troubling outcomes once a mechanism such as neo-ostracism is introduced.

Since my aim here was just to highlight some pros and cons of reviving the practice of ostracism, I do not ultimately take a definitive position here – especially since most claims are highly speculative. However, I do believe that three main points can be made:

[1] For a history of ostracism, see Sara Forsdyke’s Exile, Ostracism, and Democracy. The Politics of Expulsion in Ancient Greece.

[2] There could be a more expansive scope as well, by e.g. prohibiting appointment to a political office, withdrawing the right to vote, banning political donations or other opportunities to influence politics, such as owning media companies.  I will only take into account a minimally restrictive version here.

[3] A similar procedure to that of ostracism has been recounted by Diodorus Siculus as taking place in Syracuse under the name of petalism. The main difference between them, and the likely reason for its quick demise, was the possibility of an unlimited number of individuals to be exiled at each round, which quickly led to a widespread avoidance of civic participation altogether.

[4] In this, the procedure can be considered as an instrument of “militant democracy“.