The background for this post is the idea of the Empty Self, coined by Philip Cushman. After World War II, and increasingly since then, our self experiences an absence of community, tradition, and shared meaning. This lack of substance is filled up with food, consumer goods, and distractions provided by celebrity gossip, games and sports.

However, this stuff and these distractions can never fill up the bottomless depths of the Empty Self– more is always needed or wanted. By the way, conveniently, this relentless desire for more and for novelty central to consumerism is what keeps capitalism going (as Tim Jackson eloquently explains in his TED-talk on An Economic Reality Check).

So consumerism is not making us happy.

We have all seen videos of or read articles about people fighting over products during the Black Friday frenzy, but did you know that (at least according to the Black Friday Death Count website) the annual High Mass of consumerism has led to 12 reported and registered deaths and 117 injuries? 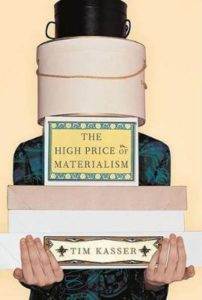 There are less sensationalistic (but arguably even more pernicious) ways in which consumerism significantly and negatively affects our personal wellbeing on a massive scale. Research has shown time and again that beyond the point of subsistence needs, material wealth has little relationship with wellbeing. According to Tim Kasser, strong materialistic values are associated with pervasive undermining of people’s personal wellbeing (including low life satisfaction, depression and anxiety, physical problems and personality disorders). People feel chained and controlled when focusing on materialistic values.

Consumerism leads to consumer anxiety and work stress, and materialistic pursuits thwart other pursuits and other sources of life satisfaction, the most important of which are mainly non-material in nature: leisure, interpersonal relationships, community involvement, cultural and political participation, recognition, self-respect, and personal growth.

Alternative hedonism and its extremes

Kate Soper influentially argues for an alternative hedonist vision of human flourishing, with which we would forego consumerism and materialism, and rather focus on the non-materialistic pursuits that are so central to life satisfaction. 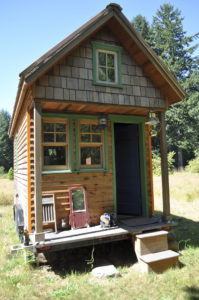 There are some movements that take this alternative hedonism to its extremes. Countless bloggers tell you about how they own only 50 things in the world, or live with only what they can put in their backpack. There is the Tiny-House movement, with people living in homes under 400 square feet (37 square meters).

LifeEdited is a consultant company showing that by applying smart concepts and technology, you can live in a small home or apartment with full functionality. 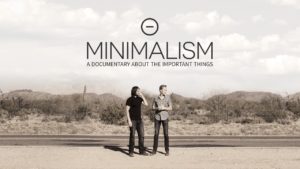 For some, these extreme examples could be inspiring. For many others, however, all of this might be too extreme – lofty idealism – and even reason to give up entirely. In each case, I believe that people often operate under social, political and economic constraints which makes such truly minimalistic lifestyles impossible for many of us, at least in the short term. So it seems that we have to take a more modest starting position.

Within these constraints, there are things we – as individuals – can do to improve our own well-being by pursuing better lifestyles. There is of course the Marie Kondo hype, a parade of websites with “8,234 tips for a less materialistic lifestyle”, sustainable fashion brands, websites on ecodesign, and markets with biological, locally sourced produce in a town near you.

Fundamentally, however, it’s about a different mindset. Our consumption is often shaped by habits (we often return to the same stores, buy the same or similar goods over and over again), by desires for the symbolic meaning (status, quality, …) we have imbued on these goods, and desires imprinted on us by the advertisement industry (even in people who consider themselves ‘immune’ for its lures).

This is captured somewhat provocatively by famous American Professor of Sociology Juliet Schor, who provocatively says that we are actually not materialistic enough:

We are too materialistic in the everyday sense of the world. And we are not at all materialistic enough in the true sense of the word. We need to be true materialists, like really care about the materiality of goods. Instead we’re in a world in which material goods are so important for their symbolic meaning, what they do to position us in the status system based on what advertising or marketing says they’re about.
– Juliet Schor (interviewed in Minimalism: A documentary about the important things (at 46’40”)

To care more about the materiality of goods means, fundamentally, that we should become much more aware of our consumption of material goods, rather than mindlessly letting our consumption being led by habits, symbolic meaning and advertisement.

Every time we buy and consume goods, we should answer the following two fundamental questions:

This perhaps seems like an open door, but doing this in practice is not as simple…