In this post Zsuzsanna Chappell discusses some problematic aspects of mental illness slurs.

“Sweet but Psycho”, an upbeat pop song by Ava Max, topped the charts in 22 countries in 2019. Both the lyrics and the music video reinforce popular stereotypes of the madwoman as manipulative, sexually attractive, dangerous and ultimately violent. At the same time, “crazy golf” (a colloquial UK term for minigolf) is working hard to re-brand itself as “adventure golf”.

Both “psycho” and “crazy” can be used to describe people with mental illness, but the two words have very different connotations in everyday speech. “Psycho” is a negative term used to describe someone dangerous, – it could be applied as an insult to someone driving recklessly, for example, – whereas “crazy” is used much more broadly and often benignly. “Crazy golf” is meant to be fun, not violent.

In a recent article, philosopher Diaz-Legaspe defines slurs as pejorative, derogatory terms targeting identifiable, neutral groups, that are used as part of a relationship of dominance. Anyone can be part of these groups, regardless of moral character: hence they are neutral. “Psychos” are not villains, but slurs can make them look as if they were. Slurs are usually part of a dominance relationship. They express that one group has powers of marginalisation, discrimination or oppression over another group. Quite evocatively, philosopher Richard Stillman calls slurs ballistic speech. They are a kind of verbal weapon the strong can use against the weak. This describes quite well just how damaging and harmful slurs can be. They are emotionally hurtful. They can distance socially and maybe even physically.

Some terms – “psycho”, “loony”, “nutter”, “batty”, – are straightforward slurs. But there are a few other words, – most notably “crazy” and “mad”, – which originally denoted mental illness, but are now used much more broadly then this. “Crazy” golf is meant to be lots of fun and a “mad” idea is one that is very unusual, but may be brilliant exactly for this reason. In my view, these terms are not used as part of a dominance relationship of the sane over the mad, therefore it is reasonable to disagree whether they are still slurs at all. By removing these words too hastily, we may inadvertently impoverish our language without sufficient reason. In the case of “crazy” and “mad”, some of the most common dictionary references are to being in love. Mental illness is not the only thing that can rob us of our rationality. 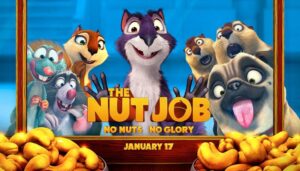 Here, context is key. Thus, companies like Google prohibit these words in a work context, as they are likely to come across as derogatory. They also recommend plenty of alternative, more professional words that can be used in their place, such as “complicated”, “strange” or “unexpected”. Of course, once we allow context to play a role, we will face uncomfortable borderline cases. One example is the animated children’s movie “Nut Job”. An unfortunate pun on the “Italian Job”, the film is about an unlikely squirrel hero leading the animals from the city park in a heist against a shop selling nuts. The question is: if the little furry creatures are lovable but “nuts”, does this use challenge or reinforce harmful stereotypes about the kind of over-the-top behaviour often associated with mental illness?

Apart from denoting fun and positive things, “crazy” is also a word that is associated with various stereotypes that make accusations of mental illness an insult in their own right. Thus an ex-partner easily becomes the “crazy” ex-girlfriend or the “psychopath” ex-boyfriend. Other harmful stereotypes that play on mental illness are the “manic pixie dream girl” trope and the “hot-crazy matrix”. As such stereotypes are harmful both to those they are applied to and those with mental illness, we need to stop using them.

Then there are the apparent counter-slurs: people calling themselves “a little bit ADHD” or claiming to “have a bipolar day”. The broader issue is that some of the terms we use to describe mental illness apply to moods, emotions and other mental states which are commonly experienced by everyone. Thus, many more people feel anxious, depressed, hyperactive, obsessed or manic than those who can be diagnosed with an equivalent psychiatric disorder. Censoring these words would severely restrict our ability to describe everyday emotions. At the same time, by not using the equivalent diagnostic terms (anxiety disorder, depressive disorder, ADHD, OCD, bipolar disorder) we can ensure that these are not trivialised and do not become slurs. Thus, it is more appropriate to describe oneself as very organised than jokily self-diagnose with OCD.

Ideally, the solution in the case of words such as “crazy” and “mad” would be for the discrimination against mental illness to disappear. This has happened in the case of cancer: cancer sufferers are no longer people to be shunned because of their illness. We can thus metaphorically say that corruption is a cancer of government without implying anything negative about those with actual cancer. Of course cancer has the advantage over mental illness of being more easily separated as an outside invader from those whose bodies it invades. This is much harder to do in the case of emotions, thoughts and behaviour. Activists are working towards turning “mad” into a reclaimed slur, turning the power relationship around and showing that madness is not something to be ashamed of. Maybe in the future some the indeterminate cases such as mad, crazy or even insane will become perfectly acceptable designations, similar to words such as gay or queer. Although some still see queer as a slur, which illustrates that there is often continued disagreement over the use of such words.

In the meanwhile, we can all stop using words that are clearly discriminatory, such as psycho.

I would like to thank Anneli Jefferson and Polaris Koi for their helpful comments on this blog post.