Strive Masiyiwa, the African Union’s envoy for vaccine acquisition, recently compared the state of the global vaccine inequity to a famine in which “the richest guys grab the baker”. And he is right. Canada, the UK, the EU and the US lead the world-ranking table in terms of vaccine procurement for each inhabitant with 10.5, 8.2, 6.9 and 4.6 doses per person respectively. This is to be contrasted with the situation in low-income country where only 1% of the populations have been given at least one dose. 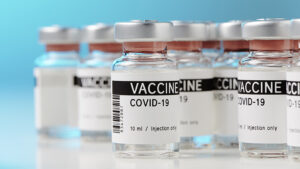 In an ideal world, COVAX’s pledge would form the blueprint for global vaccine distribution. In this scenario, COVAX would be the one-point contact for the development, research, procurement and distribution of all Covid-19 vaccines. We can debate the finer points of how this might work in practice. For instance, should each country get the same, equal share of vaccines proportionate to their populations? Or should vaccines be prioritised for regions with the worst rates of transmissibility? Whichever position one takes, it is safe to say that the current situation falls far short of the ideal scenario. Given the non-ideal context in which we operate, we should ask: do rich nations have any responsibility to those living beyond their borders?

This question must be addressed because if we accept that rich nations operate according to the principles of the free market then charitable concerns for others are not a priority. It would be a nice act of charity if rich states donate some vaccines to poorer ones but not a clear obligation. But even an ardent free market believer should still support a fairer system of vaccine distribution. This is because the global free market system relies heavily on the unencumbered flow of goods, services and people. This system is not safe until poorer nations, which play a crucial role in the system as major manufacturing hubs, enjoy a greater share of the vaccine pie. Sharing vaccines with others should be supported, even in a free market, as it increases the efficiency of the market.

Of course most people do not have this intuition. Most people would support helping others if doing so does not come at significant cost to oneself (the first constraint). Imagine if you can save a drowning child at relatively little cost to yourself, maybe your clothes would get wet. I don’t think many would oppose helping the child, regardless of the child’s nationality. This thought experiment mirrors the current situation: as their own populations have reached a safe rate of vaccinations and their own stockpiles safeguarded, rich countries are beginning to share their vaccines with others. But this is not enough, Andrea Taylor at the Duke Global Health Innovation Centre calculates that with the pledges rich nations have made towards poorer nations, the latter would not be vaccinated until 2023.

A potential solution which has been suggested is to divert vaccines intended for booster shots in rich nations towards poorer ones. But, again, this is not realistic. While the health benefits in giving booster shots are not as great as giving people in poorer nations their first shots, it’s unlikely that governments in richer nations would be willing to forego cementing greater immunity for their peoples. At the moment, negotiations on temporarily waiving intellectual property rights on the available vaccines are ongoing. It is not clear if countries such as the UK, Japan, EU members would be willing to pressure domestic companies to waive IP rights as doing so would, ostensibly, provide a shortcut for competitors looking to acquire vaccine technologies. There is a solution that can simultaneously address the current vaccine inequity and IP concerns. Wealthier countries can provide funds for poorer nations and regions to strike deals with manufacturers to produce vaccines locally and regionally under licence. This solution, while falling short of demanding all IP rights to be waived, has the advantage of being compatible with the three aforementioned constraints. It doesn’t ask rich nations to choose between prioritising their own citizens and others; it doesn’t undermine the free market by demanding IP waivers which is fiercely protected by the pharmaceutical industry and some states; and, most importantly, it can address the current inequity in distribution. By giving poorer nations and regions the right to produce vaccines under licence, their dependence on promises of deliveries from foreign suppliers would be significantly reduced. Again, this solution falls far short of the ideal scenario wherein we would have a global system of distribution based on fairness on not the wealth of each country. But while we work towards creating the conditions for the ideal solution, the inequity is a problem of the here and now and it demands rapid action, not just empty promises and pledges.