There are a number of underlying reasons for the lack of success of these interventions. For example, in many countries people are still permitted to smoke in specifically designated areas in public and semi-public places such as pubs, restaurants, or airports. Educational and other campaigns depicting gruesome photographs of cancer-affected lungs might have no or only limited success in eliciting shock, repulsive feelings or fears in minors and adolescents. Even legal age limits can be bypassed either by younger adults who are allowed and ready to purchase tobacco products for someone else or by non-compliant retailors who are ready to sell tobacco products to minors. That is, while these interventions make an attempt to smoke more demanding, costly, harder, or less appealing, they nevertheless leave the option to smoke open. In others words, they leave individuals free to choose and act upon choices other than those that interventions are trying to promote. The lack of success of these interventions makes smoking initiation a viable option. This is especially true for children and adolescents. 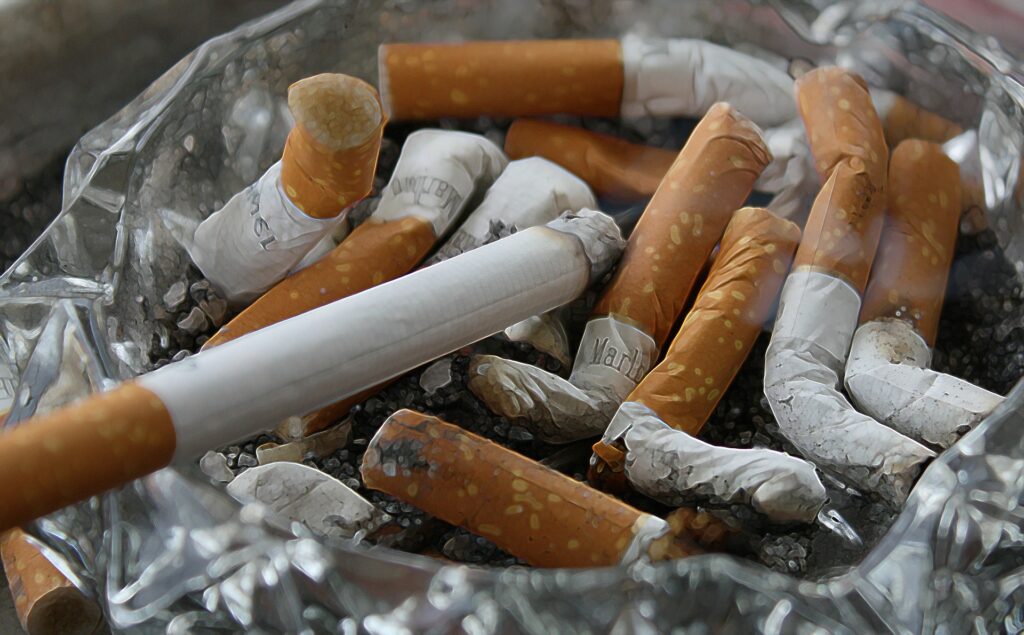 The past decade has seen a development in a method that might hold more promise in terms of effectiveness against smoking initiation and continuation: the so-called “nicotine conjugate vaccines” (NVs). The idea behind this (admittedly nascent) method, or “biomedical technology”, is simple. Once administered, NVs stimulate the immune system and induce a response in the presence of nicotine molecule(s). This way, NVs preclude nicotine from reaching the brain, and minimize or completely eliminate the pleasurable effects of smoking that contribute to so-called “nicotine rushes”, dependency, and addiction.

Since many current smokers started smoking during their childhood and adolescence, utilizing NVs as a public health intervention and tobacco control policy seems to hold some initial intuitive appeal. We could, theoretically, minimize or completely eliminate nicotine-induced pleasurable feelings and sensations and hence more effectively discourage or disincentivize children and adolescents from picking up smoking. In addition, it is plausible to think that NVs can be made sufficiently cheap in terms of production and other costs. It is possible that NVs could be administered alongside other vaccines against, for example, polio, measles, and pertussis. In this way, administration of NVs would be ensured without imposing any additional – however mild – inconveniences to parents (such as paying a visit to a doctor). Finally, we can assume that – having in mind past successes of vaccine development for communicable diseases – NVs can also meet safety conditions that we usually ascribe to vaccines and medical technology in general.

Despite their potential utility, the idea of targeting children with nicotine vaccines has been objected to with a barrage of objections standardly employed in the domain of public health ethics. One potential criticism, however, has avoided a more detailed scrutiny. In their 2004 article Hasman and Holm, have raised concerns that NVs are “at the cusp of infringing the right to an open future, and that vaccination of children is not ethically unproblematic” (emphasis added).

According to Joel Feinberg’s (1992) famous idea, children ­– while lacking certain moral rights typically held by adults only ­– nevertheless hold dependency rights and “rights-in-trust”. Rights-in-trust, in other words, refer to rights that a child cannot exercise at present, but which must be saved or protected until the child reaches maturity. Importantly, however, these rights can nevertheless be violated and infringed upon “in advance”: some options can be foreclosed in advance before a future adult has a chance to decide whether to exercise that option or not. By keeping certain options open, we are respecting children’s rights to an open future.

One response here might be that a future adult will still be in a position to engage in the “physical activity of smoking” (Lieber and Millum 2013). The relevant difference here, however, might be that a choice in question consists of both the physical activity and the experiences of smoking. This experiential dimension of a foreclosed choice includes the calming effects of nicotine, increased short-term concentration, and mere experience of satisfying nicotine cravings.

The central question here seems to be whether and to what extent this experiential dimension of a (foreclosed) option is weighty enough to justify protection under the general “right to an open future”. The debate over value of certain experience might be used to inform public health (ethics) debates and justification of state-mandated public health interventions, ranging from activities targeting tobacco consumption to those focused on dietary choices.