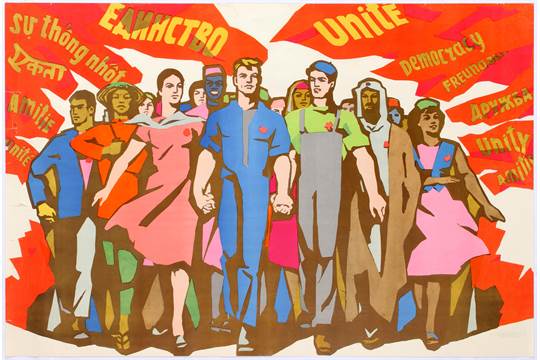 Given the sheer social importance of ‘leftness’ and similar ideological notions, it is worth subjecting the concept to closer scrutiny. In general terms, ‘the left’ appeals to two core propositions, the first an interpretative claim about the world, the second an action-guiding principle that leads on from it:

These propositions ground several left concerns, each of which the left conceives in terms of a positive/negative dichotomy. One is with the distribution and uses of social power, where the left advocates for the widest possible empowerment and resists instances of oppression. Another is with the deep structure of society, for which the left seeks to foster parity within and between social groups, and dissolve hierarchy in their arrangement towards each other. A third is with social attitudes, where the left fights to extend recognition among people and their respective views, and opposes discrimination between them. Lastly, the left is concerned with behaviour, embracing friendly cooperation between people in pursuit of shared projects of human flourishing, and rejecting hostile competition to achieve gains at others’ expense.

Who is it that subscribes to these propositions and concerns? Or, very simply put, who counts as belonging to the left? On the face of it, some possible answers to this question come to mind fairly readily. Most countries’ political systems contain more-or-less popular parties that identify as ‘left-wing’—communist, socialist, social-democratic, liberal, green. Their economies or civil societies may feature trade unions, cooperative businesses, pressure-groups, or charities that share left priorities. But it is not enough to automatically equate ‘leftness’ with the social presence of any of these bodies (or even all of them, however inclusively defined). For a start, very few of them ever impose ‘leftness’ as an ideological criterion on their would-be membership. All of these bodies can accommodate personnel (even entire ‘wings’) that veer towards the ‘centre’ or the ‘right’. Further, they are liable to ideological migration over time. As power shifts, structures transform, and attitudes and behaviour evolve, their particular sectional concerns may drift—in extremis, from fighting for ‘those without’ to defending ‘those with’.

Although ‘left’ is usually described as something we ‘are’, identity is a fairly poor criterion for ‘leftness’. This is true even of as fundamental an identity as the division between ‘those with’ and ‘those without’. Not all ‘those without’ side with the left: some are concerned only with fighting for themselves, and are prepared to help ‘those with’ prolong or worsen ‘without-ness’, at least for others in their position. In turn, not all ‘those with’ side against the left: some are more than willing to join the fight on behalf of ‘those without’, and to impose limits on ‘with-ness’, both for themselves and others like them. Being on the left is less a matter of personal attributes or membership of certain groups than what form our social fight takes—less about who we are than about what we do.

‘Leftness’ as a form of action is associated with certain values—both in their pursuit as characteristics of a social end-state and their practice as the means of getting there. Broadly defined, they are:

Certainly, each of these can mean different things to different people on the left. Freedom can be read as individual, group, or geographical autonomy from state authority, or as the collective removal of entire classes from the yoke of economic exploitation. Justice can take the form of welfarist redistribution, social insurance schemes, public service provision, or even tolerance for cultural diversity. Progress is sometimes conceived as the development of society’s overall cultural or technological capabilities, and at other times by the achievement of individual flourishing and enlightenment.

Likewise, these values can be more-or-less central to left ideologies. Equality is often an incidental by-product of other priorities, such as the end of rapacious resource extraction, the end of militaristic imperialism, or the collective appropriation of the means of production. Solidarity on the basis of class, gender, ethnic groups, etc., is key to trade unionism, feminism, and race politics conceived in a socialist mould, but is often downplayed in favour of expanding individual rights by movements inflected with liberal commitments. Finally, pluralism is sometimes pushed into a subordinate position relative to different ideologies’ ‘red line’ commitments, whether the primacy of economic class, the urgency of addressing climate catastrophe, or the inexcusability of state coercion.

There is a limit to how far we can pin down the absolute definitions and relative rankings of these values, even though much of the debate within the left is directly or indirectly about this question. Of course, contextual differences in time and place play a key role in disrupting any such efforts at ‘clarification’—as, for instance, with the historical evolution of ‘classical liberalism’ via ‘social liberalism’ through into today’s rival ‘high liberalism’ and ‘neoliberalism’, or the nuanced differences between national traditions of Cold War-era communism despite their shared Marxian origins. Yet more generally, imposing any firm or exclusive determination of definitions or rankings ascribes to the left a monolithic nature that it does not possess. Certainly, appeals to these six values figure extensively in left thinking. But while the labels stay the same, their contents quiver and twist incessantly, and their frequency and setting fluctuates dramatically between (and within) left thinkers’ usages. Any attempt to keep the concept of ‘leftness’ broad and inclusive—and above all focused on the action of individual people—avoids pushing this set of values past the point of overarching ‘family resemblance’. Having already discounted essential fixity of identity as a qualifying criterion for ‘leftness’, we cannot now replace it with an essential fixity of values.

What is the function of these values? To appreciate this, we have to draw a distinction in social thinking between diagnosis and critique. There is nothing necessarily ‘left’ about diagnosing the existence and nature of social power, structures, attitudes, and behaviour. What is ‘left’ is framing them in terms of specific dichotomies, and giving the opposing parts of these dichotomies positive and negative valences. Empowerment/oppression, recognition/discrimination, etc., are not manifest in society as such. What is manifest are certain distributions and uses of power, certain substantive and targeted attitudes, etc., but their oppressive and discriminatory character first have to be read into them. This reading—and especially which way round the positive/negative associations of the two sides of each dichotomy lie—requires us to supply certain values (with whatever justification) that we feel to be missing (for whatever reason). It is these values and the apparatuses of argumentation attached to them that enable us to look at society and say ‘but wait, hold on…’.

Critique is not universal or neutral, but intensely ideological. The nature of our critical outlook depends on which values it is that we deliberately search for—or, more commonly, whose absence we feel most keenly. By way of example, we can see this by comparing the values of the left to those embraced by the right:

These values underpin a set of rightist critiques that are incommensurable and incommunicable to those of the left. For example, the worst oppression in society is the taxation of hardworking successful businesspeople by the tyrannical majority in the name of democracy. Society does not need fewer hierarchies, but just has to put better (cleverer, more naturally gifted) people in charge. The real discrimination is against ordinary people trying to keep alive our society’s long-held Judaeo-Christian beliefs against the latest fads of solipsistic identity politics. Society could do with more competition, not less, to incentivise better outcomes in stagnant public-sector monopolies.

To the left, these claims sound either offensive or ridiculous—how could social diagnosis lead to those social critiques! But to those on the right, they are reasonable to the point of being self-evident—how could they not! Of course, we know instinctively that the world looks very different to the right than it does to the left. Yet the point is to know exactly how they differ, in order to grasp how rival value-sets and pathways of social critique are arrayed against each other in left-right ideological contests.

In sum, there is no such thing as value-free critique. What we feel in response to our diagnoses of society decides which ideological side our critique takes. In this context, freedom, equality, justice, solidarity, pluralism, and progress—not separately but in combination—are what makes social thinking left, as opposed to anything else. First and foremost, they form the left’s conceptual arsenal, orienting its reasoning and anchoring its rhetoric. More deeply, they are the lenses through which the left sees the world, the ‘standout features’ on the left’s map of society. But above all, they are the bridge that allows left thinking to move from social science to social ethics—a way for different left groups and ideologies to build a discursive moral universe around their core concern in favour of ‘those without’.

In this context, the fine-grained stipulation pursued by social philosophy of what precisely each of these values mean in isolation can only be part of the story. Social philosophers also need to look at the bigger picture: how these values relate to each other, how they join together to construct a left worldview, how they inform left critique, and how they guide left action.