EC: According to a 2018 report by the Intergovernmental Panel on Climate Change, carbon dioxide emissions must drop by nearly a half by 2030 and reach net zero by 2050, to avoid really dangerous climate change. We’re talking mass-scale human rights deprivations.

For the average US woman, having a child increases her ‘carbon legacy’ by 5.7 times her lifetime emissions. When it comes to ‘green’ lifestyle choices, having one fewer child than you would have done is up there with going vegan, stopping flying, and not having a car. For many of us, it outweighs all the others.

Of course, the environmental impact of having a child depends on where you live and how rich you are. For example, per capita ecological footprint – a broader measure than carbon footprint – is 8.1 global hectares (g.h.a) per person in the US and only 1.4 g.h.a. in Cameroon. There are also huge differences in freedom of procreative choice, especially for women. For both these reasons – and others – it makes sense to focus on the duties of relatively affluent individuals. It’s also important to stress that I’m talking here about individual moral duties – not anti-natalist policies.

FN: What do you take the role of political theorists and philosophers to be in responding to these facts?

EC: As philosophers, we have a key role in determining what moral conclusions can be drawn from the facts available. In this case, that means outlining individual climate justice duties. However, as I’ll explain shortly, there are limits to what abstract philosophical reasoning can achieve here. Interdisciplinary engagement is crucial.

FN: What are some of the positions that have been given in the debate so far between political theorists? And why do you think these don’t get it right yet?

EC: Philosophers have variously defended a duty to have no biological children (at least if we think we should eliminate luxury emissions), a duty to stop at one child, a duty to have at most two children, and a duty to limit the size of their families when they have the means to do so.

I’m troubled by the idea of a fixed numerical limit for all duty-bearers. This seems to rely on problematic premises. It must assume that having biological children above that level is equally non-essential for everyone when, in practice, individuals conceptions of the good vary greatly. Moreover, setting a low limit assumes that our individual climate justice duties are very demanding. For example, suppose you think everyone should ‘stop at one’. Then you have to accept either that individual climate justice duties are so demanding that even significant interests must be sacrificed, or that having more than one biological child isn’t of significant value to anyone. Both these ideas need further defending, and it’s not clear that this can adequately be done.

Let’s start with demandingness. Climate change is a fundamentally collective problem. As individuals, we’re contributing to harm rather than causing it directly on our own. So reducing our own carbon footprint isn’t our only or necessarily our most important climate justice duty. It’s hard to see the duty to do so as equally demanding as (say) the duty not to kill or maim another human being. In fact, it’s still an open question exactly how much we should sacrifice to cut individual emissions. Those of us in the debate often bypass detailed discussion by using some kind of placeholder threshold (I talk about ‘significant cost’) and pointing out that whatever the limit is, most affluent people should give up more than they currently do. But that strategy won’t work with the debate on family size. When one-off, life-changing decisions are in question, it matters crucially what the precise demandingness limit is.

Now think about the value to individuals of extra children. Is it plausible that stopping at one or none is insignificantly costly for everyone? At the least, more engagement with sociological and psychological research is needed to show that this is true. But it could easily be false. Two (or more) children could be a ‘deal-breaker’ for the good life for some, but not others. Research cited shows that parenting doesn’t statistically increase happiness, especially after one child. However, the non-parents in such studies include those who didn’t want to have (more) children, so they don’t capture the mental health burden on someone who did want to, but didn’t.

Of course, you don’t need to be a biological parent to enjoy a wonderful parenting relationship. Some of the most promising work in this area defends a duty to adopt rather than have (more) biological children. But in practice it’s not as simple as ‘choosing to adopt’. The process is difficult and costly; adopting a baby is often impossible. These costs weigh in the demandingness balance. As Tina Rulli points out, it’s also arguably centrally important to some woman to experience pregnancy and birth. The same might apply to breastfeeding. Again, philosophers can’t make assumptions about this without drawing on more empirical work – and that work isn’t necessarily available. 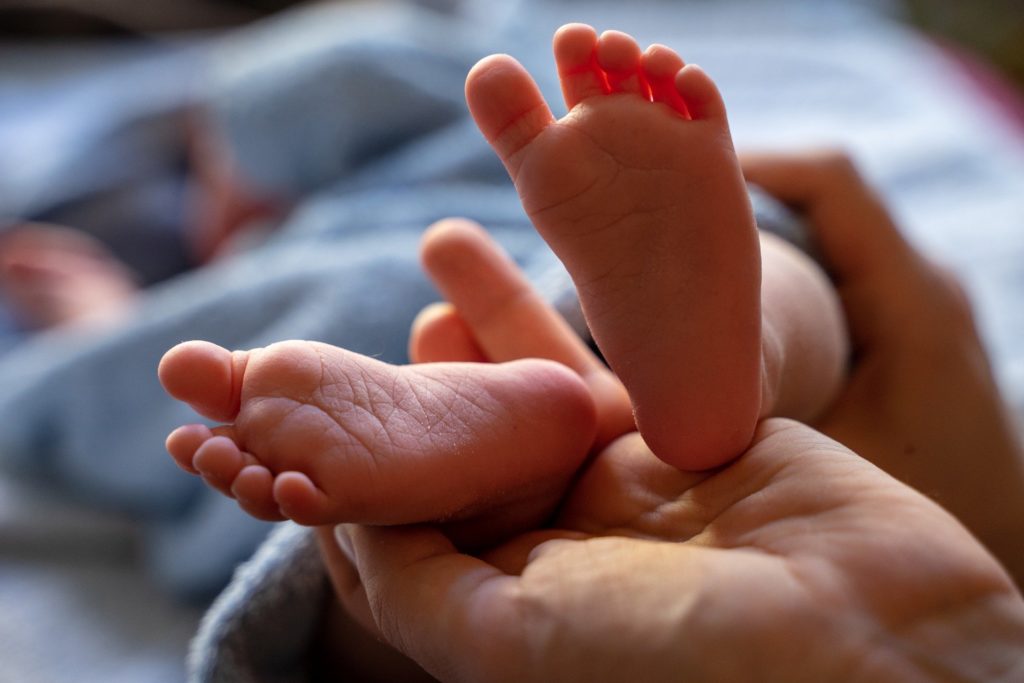 FN: What duty or principle relating to family size do you think is required?

EC:I think there’s a duty to take seriously the environmental impact of having children when deciding family size. This often means having fewer biological children than you would have done – i.e., for many of us, stopping at one or two. But that’s about all we can say without more normative and interdisciplinary work; it might be all we can say even after that.

FN: I understand that you don’t see this as a stand-alone duty, at least for those who do decide to have (less) children. What else do you think as required, and how is this related to any potential duty relating to family size?

EC: I think there are two further duties. Firstly, a ‘climate conscious upbringing duty’: to give our children low carbon childhoods, encourage and enable them to be climate activists, and do the same ourselves. Even if it’s too big a sacrifice for some to refrain from having a second or third child, they should keep the contribution to harm – the GHG impact of that additional person – as small as possible.

Secondly, a shared duty to make it less individually costly to have smaller biological families. This could be by combating social norms pressuring women to have children. Think about how childless women can be stigmatized, or the prevailing assumption that everyone wants a son and a daughter. It could be by making the adoption process less arduous. It could even be by normalising multi-parent families, as Anca Gheaus (2019) has suggested (see, too, Anca’s recent post on Justice Everywhere concerning multi-parenting). No individual can bring about social change alone, but she can work with others to cultivate it.

FN: The facts and statistics you laid out above are striking; but I wonder why your response to them is focused at the level of individual duties. The Guardian recently revealed a list of the twenty firms responsible for a third of all global carbon emissions. Given this, ought we not to think about our individual duties in terms of collective action aimed at constraining the emissions of these actors?

EC: Yes, climate change absolutely is a collective problem. I’ve argued elsewhere that our primary individual duties are to promote effective collective action; I defend a ‘cooperative promotional duty’ in forthcoming work. We also urgently need more normative work on the responsibilities of international corporations. We mustn’t let them off the hook. But individual lifestyle changes can be complementary to promoting collective action. They can even be a part of it. This is all the more so when we think about something like the topic of this interview: a duty to have a small family could never be collectively enforced without huge moral problems, so collective action must always rely on voluntary individual participation. So I think it’s legitimate – and important – to ask both questions.