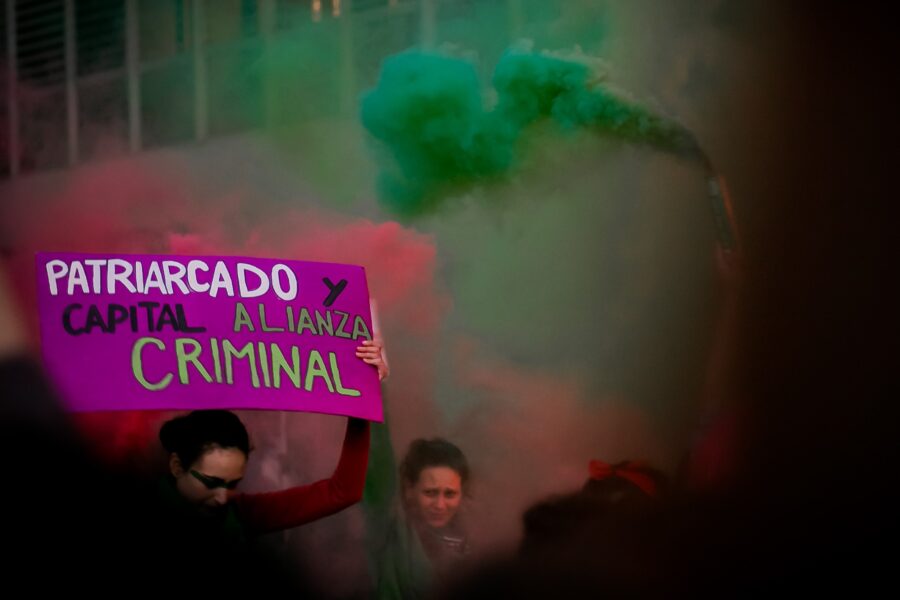 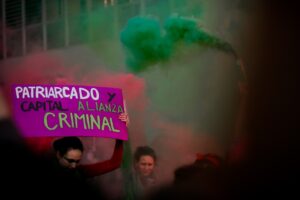 With historical and structural roots, gender violence unequally affects the lives of women and feminized subjects, placing them in an inferior position in society and, in Young‘s terms, oppressing them in such a way that violates their autonomy to have and choose alternatives for their lives. The limitation of female participation in politics, for example, is not due to laws that prohibit their presence, but to practices that persist in constraining their capacity to advance their interests for and by themselves. Among these practices, misogyny stands out, which, for the philosopher Kate Manne, consists of a violence based on emotions, such as hatred and hostility, directed at women who threaten the patriarchal system – for example, women who dispute power roles in society and question the domination of men.

Misogyny would, therefore, be directed towards those who dare to move through spaces that are closed to them. This is because the configuration of the private and public spheres would be riddled with gender violence, since the first would have been demarcated as a domain of domesticity and, therefore, the feminine, while the second, as a manifestation of power, would be restricted to the masculine. For the philosopher Susan Okin, the assumption that these spaces would be disconnected is a way to perpetuate and intensify gender violence, by confining women to the domestic world and, at the same time, establishing the private sphere as protected from the state action, so that any intervention would require special justification. This argument is clearly illustrated by the growth of domestic violence in Brazil, during the pandemic and its naturalization cycle as a result of mere marital fights.

Yet, the configuration of public and private spaces cuts across other forms of gender violence. For instance, if we consider that women at the intersection of race and class have never been exclusively in the scope of the domestic sphere – working in the streets and factories – and neither have their homes been recognized as genuinely private, as evidenced by the successive violations of the state in police operations.

For authors such as Lélia Gonzalez and Sueli Carneiro, in Brazil, these multiple forms of violence are associated with the colonial system, in which black and indigenous women had their bodies systematically violated and their images stereotyped in hypersexualized representations. To the brutality with which their bodies were historically arranged and eroticized, it is possible to add other dimensions of power, shown in new forms of expropriation of work, in the processes of pauperization, in the dispossession of land and resources – all extensions of colonial violence, according to Verónica Gago. These vulnerabilities manifest themselves in concrete situations and, in the Brazilian context, translate themselves into rates of femicide among black women, increased violence in rural areas and precarious conditions in work places.

In this scenario, overcoming the violence established by the patriarchal system involves different responses, depending on the type of violation in question. The state, despite not being the only actor, has an important role in confronting it. Regarding domestic violence, the philosopher Alasia Nuti categorizes three main public policies: protective, restorative and preventive. The former aim to guarantee reporting mechanisms and a safe place for women. Restorative policies, on the other hand, seek to change the behaviour of violent men, as well as to help survivors rebuild their lives after an abusive relationship, through counselling and psychological programs. Finally, preventive measures are intended to prevent violence from happening, including campaigns, self-defence classes for women, and awareness-raising programs for men.

In Brazil, there are examples of the three measures. Among the protective measures, in addition to the law against domestic violence (i.e., lei Maria da Penha), women can use reporting numbers, such as call-180 and the women’s service app. Some public institutions, also ensure restorative measures by providing psychologists for victims and reflection groups for perpetrators. Available in drugstores and supermarkets, spelling books and campaign posters against gender violence are also used as preventive measures.

However, although these measures are necessary, they are not enough to solve the complexity of gender violence. First, as Nuti argues, measures to combat gender-based violence need to be sensitive to other injustices, such as those arising from economic inequality, and, as Gonzalez and Carneiro advocate, from the colonial system. Therefore, we think that it is essential to implement a regular and unconditional income transfer programme, initially aimed at poor women, but progressively eligible for all. This would be a necessary step for enabling women to escape from a precarious life, without depending on husbands or degrading jobs.

Second, it is also essential to encourage participatory devices for the production of collective knowledge and local decisions with a view to respecting the victims’ abilities to reflect on their needs and, at the same time, recognizing their active places in political spheres. When their voices are heard, beyond what Verónica Gago calls “victimistic testimonial”, a horizon of perspective opens up to help challenge stereotypes, and weave bonds of solidarity and mutual care. As Patricia Hill Collins argues, participatory devices allow for the entry into the scene of other values, such as dialogue and the ethics of care – and of transforming the dominant ways of thinking and doing politics, which is markedly masculine.

In conclusion, we need to create other possible worlds, other practices, and conceptions of justice. This means there is more than one path to confront gender violence, and escape from the traps of a no transformative action and policy, as the answers actively rely on individuals, and do not only stem from state policies.

** We would like to thank Pedro Lippmann for helpful comments on our earlier draft.