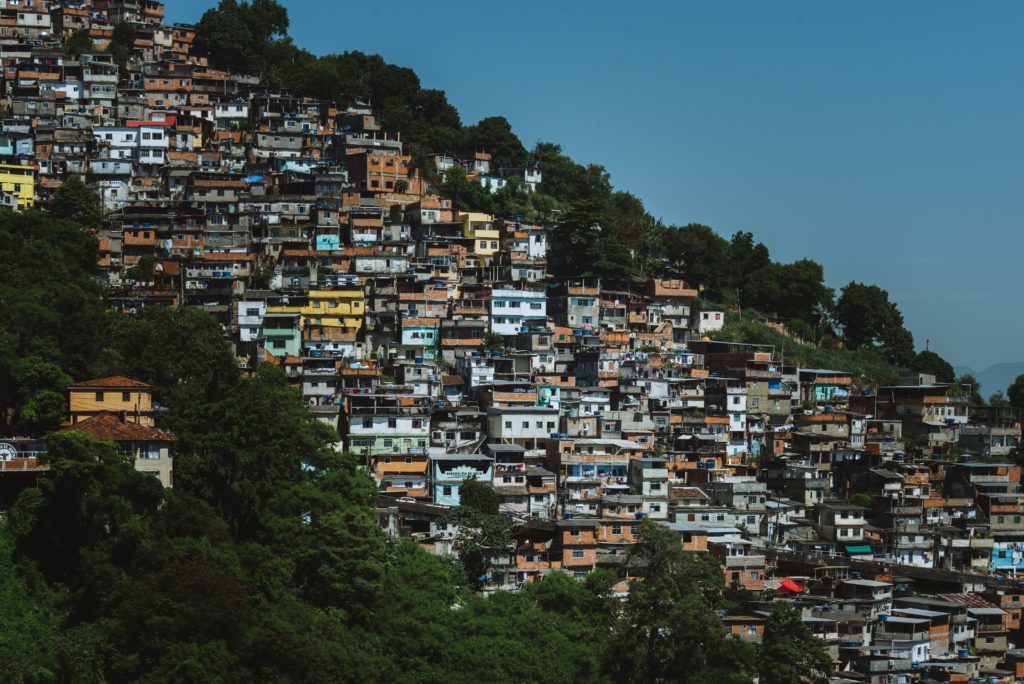 In Mohamed El Khatib’s play, ‘That’s life’ (C’est la vie), the author points out the mismatch between the individual’s pain caused by the experience of loss and mourning, and the generalities or clichés commonly used by detached onlookers. In an illustrative, but brutally insensitive example, Brazilian President Jair Bolsonaro recently inquired about the COVID-19 pandemic, which has caused over 4,300 official deaths in the country so far (data as of 27/04/2020): “Will some die? I’m afraid so, yes. That’s life”.

Bolsonaro is sceptical about social isolation and scientific advice, signalling his homage to the productivism, as could be seen by his disregard for the lives of thousands of Brazilians – especially the most vulnerable. In a country where the opportunities to live and die is unequal distributed, Bolsonaro’s words make clear which lives matter less in times of a pandemic.

According to official empirical findings, the black population represent 1 out of 4 of those hospitalized with severe acute respiratory syndrome but correspond to 1 out of 3 deaths. The higher fatality rate may be associated, according to experts, with the fact that the black population are also the majority of patients with diabetes, tuberculosis, hypertension and chronic kidney diseases, comorbidities that are linked to social issues, such as precarious sanitation, housing and food conditions.

In addition to involving a higher probability of mortality, research carried out by Data Favela and Instituto Locomotiva found that by the end of the first week of social isolation, almost 60% of households in 269 Brazilian favelas only had money for one more week, whilst 53% had food for a maximum of one further week, after which they would need to return to work or be assisted financially.

Overall, these precarious conditions tend to affect more women than men. For the 2019 IBGE report, women receive on average 20.5% less than men. Among black women, the average income is equivalent to 44% of the salaries of white men. A survey carried out by Data Favela and Instituto Locomotiva, which interviewed 621 mothers in 260 Brazilian favelas, has shown that 84% had their income reduced by the pandemic, whilst 72% stated that their family’s food has run out or will very soon. Translating these numbers into real experiences, women like Paula Renata do Santos, 30, a resident of the Nove favela, in the west of São Paulo, say that they overcome hunger by waking up later and skipping meals.

The COVID-19 epidemic and the demand for social isolation affects vulnerable Brazilian women, disrupting the economics of care and the social reproduction of life. First of all, their social networks, which are associated with protection and solidarity and are based on sharing tasks with other women, are broken. Second, public services, such as day-care centres and schools have become absent. Third, as they are the ones who take care of children, the elderly and the sick, they are more susceptible to contracting the virus. Fourth, alongside the traditional risks associated with living in conditions of poverty, they may also suffer gender violence.

As a result of the social isolation measures, in Rio de Janeiro, the number of aggressions against women has doubled when compared to the same period last year. Until the last week of March, the government had registered a 9% increase in the number of complaints received by phone. In São Paulo, the number of women murdered at home almost doubled compared to the same period last year, indicating 9 murders in March 2019 and 16 murders in March 2020.

This, of course, is not the full picture. The intensity of the problem varies according to where a person lives and tends to be higher when it is combined with race and socio-economic disadvantages. However, it becomes more difficult to denounce their aggressors, because the victims are too close to them, and the state is overwhelmed by other incidents and social disturbances, and may therefore not be as responsive to violence against women. What should we do, then? Should municipal agents force abused women to isolate themselves at home?

The United Nations urged governments to operationalise a system of urgent help for abused women at supermarkets and pharmacies, and to keep providing legal assistance to them. In Brazil, women can denounce their aggressors by using a mobile phone app or by calling the number 180. Although this might be a good measure for certain groups of women that have access to the app or have the space at home to make a call, they are not sufficient for whom are excluded from digital technologies.

We consider relevant, therefore, to note potential routes ahead which governments should establish in order to alleviate domestic violence as well as cope with the COVID-19. To start with, governments should match socio-economic and gender inequality indicators with COVID-19 cases and include poor women as a high-risk group. These specific datasets will create knowledge and help the government to map and enable proper measures to protect them. Secondly, the government should ensure regular cash transfer benefits to poor women. This would be a way of redressing the economic deprivation of many poor women who suffer from doing unpaid or less well-paid jobs. Third, governments should tackle the lack of opportunities for abused women to realise their right to self-isolation by providing rooms or public shelter spaces. It is a basic necessity to have access to a safe room during this pandemic period. Other than that, as recently pointed out by Debora Diniz’ interview, abused women should be able to access a network of collective support, which includes a team of psychologists and police officers to prevent abuse from happening again.

If COVID-19 policies are to focus on the individual’s rights to resist this pandemic by going into social isolation, we need to improve the way we think about our policies by being more engaged with those who are trying to remain safe. As we have seen, poor women are doubly exposed: to higher levels of being infected or being severely abused. Their lives should equally be respected, and their vulnerabilities should not be identified as trivial, as Bolsonaro did when he said recently that “in a house, in which bread is lacking, everyone fights, and nobody is right”. Poverty is not a root cause of violence against women, nor should physical or psychological aggression be treated as a mere disagreement within the household. Instead, we need to assert that gender violence should not further deepen the vulnerability of poor women during this pandemic or reduce their chances of survival. This is not life.

We would like to thank Wouter Peeters, Myles Hourican, Mariana Pitasse Fragoso and Mark Rogers for extremely helpful comments on earlier drafts. 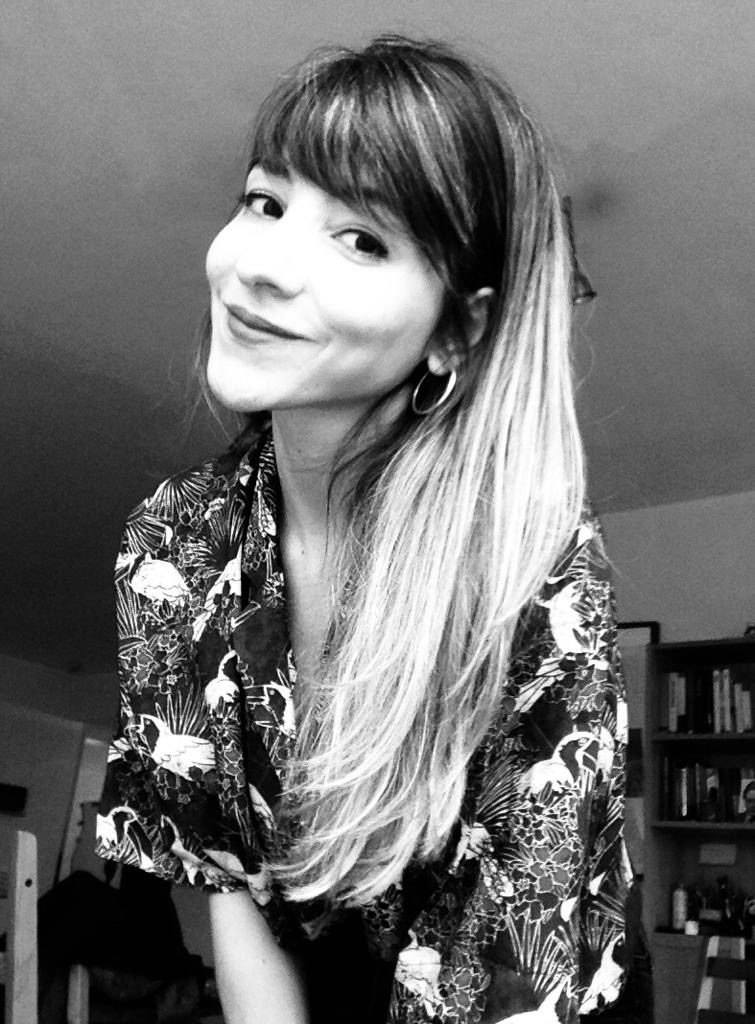 Katarina Pitasse Fragoso is a Postdoctoral Research Fellow at the Political Science Department of São Paulo University (Brazil). Her research is attached to the Center for Metropolitan Studies project (CEM/CEBRAP) and financed by the FAPESP-fund (process number 2019/13470-1). She currently works on relational inequalities in the cities, housing policy and social integration of oppressed groups.

Nathália Sanglard is a Postdoctoral Research Fellow in the Department of History, at the Federal University of the State of Rio de Janeiro. Prior to this, she received her PhD from the Fluminense Federal University, and was a postdoctoral researcher at EHESS. Her research interests are : theory of history and Brazilian historiography.