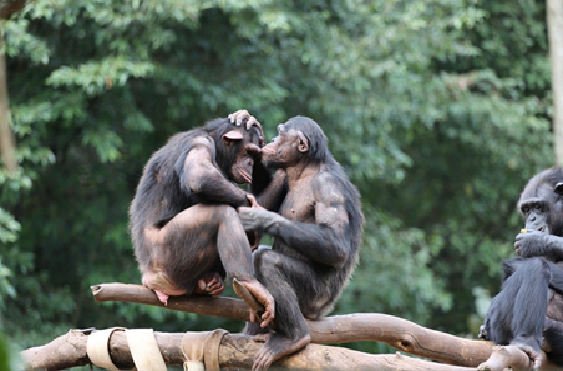 Suppose that you are minding your own business one day, perhaps spending time with your family or friends, when you’re hit by a dart. First you feel drowsy; then you collapse, asleep. You wake up in a cage in a lab. No one tells you why you are there or what will happen, but they do feed and water you. After some time, they bring you into a room, a window separating you and another subject. They put a stack of cash in front of you tell you to give some to the other subject. Does what has just happened to you affect how much you give?

Instead, imagine that you were born in the lab and over the course of your life poked and prodded, drugged, and isolated. Finally, after years of such treatment your captors release you to a community of others just like you. But there’s a catch: one of your captors is always off to the side, watching you and writing down their observations. Would you behave any differently in this environment than you would have had you been allowed to a live a more normal life from the very beginning?

The answer is most certainly that you would. Though humans are generally not kidnapped and confined and forced to participate in behavioral economics games, non-human primates are. Laboratory behavioral research on non-human primates is common, a billion-dollar industry. This research is unjust, because there is no useful knowledge to be gained. Regardless of what anyone thinks of the moral status or the welfare of non-human primates, it is a poor use of resources. Because there is no knowledge to be gained, research funding organizations, and the funders behind them, would be better off allocating resources elsewhere.

Experience and exposure affect human behavior. Non-human primates are like us in this regard, or they are not. If their experiences and exposures affect them like our experiences and exposures affect us, then laboratory conditions confound any observations researchers might make about how non-human primates behave. For example, in all laboratory behavioral research on non-human primates, the subjects are compelled to participate in research. If they are like us, the fact of being compelled to participate influences their behavior. The experimental conditions thus introduce a confounding variable. When researchers then observe how the non-human primates behave, it is impossible to say that the behavior is the result of whatever the variable under investigation is, or the combination of that variable and the laboratory conditions. Because of this confounder, it is not possible to generalize from those observations.

Either non-human primates are like us or they aren’t. Either way, studying their behavior in the lab doesn’t produce useful knowledge.

The push to eliminate the use of non-human primates in research has mostly focused on the welfare or moral status of the animals and how conducting the research undermines it. Researchers are insensitive to the morality of using non-human primates in laboratory behavioral research, given the fact that it is still widespread. But my argument above isn’t a moral argument. The welfare and moral status of non-human primates are totally irrelevant to the conclusion. The argument above relies entirely on the epistemology of laboratory behavioral research. If researchers are insensitive to moral considerations, then perhaps they will instead be sensitive to epistemic considerations.

These epistemic considerations indicate that there is no benefit to be gained by using non-human primates in laboratory behavioral research. Given that there are no benefits to be gained, any cost (to anyone or anything) makes their use unjust.