Of course, the normative force of arguments for or against any form of disenfranchisement cannot be primarily derived from the provisions of international law. And, in fact, even from this perspective any judgement would not be so clear-cut, considering the recent decision by the European Court of Human Rights to uphold the practice of disenfranchisement for reasons of intellectual capacity as legitimate in the case of Strøbye and Rosenlind v. Denmark. So what can be said in justification of this policy? 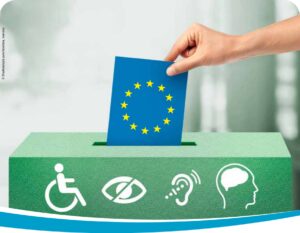 The standard case in favour of excluding persons with intellectual disabilities from the franchise is an epistemic one. This case starts from the idea that a condition which citizens must satisfy in order to be granted the right to vote is the meeting of some minimal level of political capacity, e.g. that they have a basic understanding of the voting process, basic political knowledge, minimal reasoning skills etc.[2] The motivation behind requiring such epistemic criteria may vary, but on a common view they are justified because we care about the quality of the democratic process and this quality is jeopardized when people who are “unqualified” for democratic participation may vote. Finally, who exactly will be included in the pool of “unqualified” citizens should be established at a group-level, rather than through individual testing (either because of the moral or the economic costs of such testing), with two groups being usually singled out for exclusion on this basis: (1) children, and (2) persons with intellectual disabilities.

However persuasive this case may appear at first sight, it immediately faces a number of problems. First, narrowly capturing the “quality” of the democratic process is a controversial endeavour, since the point of democracy is precisely to collectively take decisions on matters of fundamental importance when there is no clearly perceived “correct” outcome by people with diverse beliefs, interests, and preferences. Second, even if we could articulate an adequate conception of the “quality” of the democratic process, it’s not clear that it would be violated – at least in terms of outcomes – by allowing persons with intellectual disabilities to vote, since their numbers represent a very small part of the entire electoral pool (Mraz: 2020). Empirically, it would be difficult to challenge this claim, since countries such as Sweden, the Netherlands, Croatia, Austria, or Italy, to name just a few examples that fully include persons with intellectual disabilities, are surely doing no worse in terms of epistemic quality than fellow EU Member States such as Bulgaria, Greece, Estonia, Luxembourg or Poland, which maintain blanket exclusions for all citizens under guardianship. Third, if we are to base our enfranchisement policies on the quality of democracy, many other citizens aside from children and people with intellectual disabilities may fail to qualify, such as citizens who hold anti-democratic views or factually absurd beliefs such as those promoted by the Qanon conspiracy theories. Still there is no serious advocacy (and rightly so) in favour of disenfranchising such groups, even though the likelihood that they will cast a more pernicious vote for democracy than a person with an intellectual disability is higher.

But there is also a second, more principled way, of challenging the epistemic case laid before, which seeks to refocus the argument by shifting away from the abstract idea of democratic quality to the views of actual voters. This voter-centered perspective[3] would ask not whether excluding persons with intellectual disabilities from voting would be beneficial or detrimental to some value, but rather whether this policy can be justified to the potential voter herself.[4] There are several reasons to think that the disenfranchisement of persons with intellectual disabilities would not pass this test. First, one of the reasons why we feel that the historical disenfranchisement on gender or racial bases was profoundly unjust is that the interests of individuals lacking political representation were systematically discarded. A second reason is that the practice stigmatizes and demeans those disenfranchised, as less valuable citizens, who should simply be subjected to the rules made by a more privileged class of citizens, without being able to have their say in shaping those respective rules. Third, disenfranchised groups, particularly when they are relatively small, are to put it in a metaphorical way made invisible for enfranchised citizens along with their beliefs, interests, preferences. As one political theorists puts it, “there is a saying, ‘out of sight, out of mind’, which captures the current status of the politically excluded” (Munn: 2018, p. 613). There are excellent reasons to believe that persons with intellectual disabilities can experience many or all of these harms when they are not allowed to vote. For example, testimonials gathered from people with intellectual disabilities illustrate both an understanding of the topic of voting and the personal importance of holding the right to vote:

If this account is tenable, it follows that we have a strong reason not to disenfranchise people with intellectual disabilities. However, seeing the problems “through the eyes” of the potential voter as it were, should not necessarily be confined to the person targeted for disenfranchisement. A broader perspective would allow us to also take into account the various claims and complaints which other potential voters may voice over the electoral process. And since voting fundamentally entails the exercise of a small amount of power over others, such claims and complaints are far from trivial. One particularly salient complaint that other citizens may raise when it comes to giving the franchise to persons with intellectual disabilities is that the latter would be cognitively unable (and not simply unwilling) to vote in a responsible way, thereby subjecting everyone else to an arbitrary and unjustifiable exercise of power. This argument seems to have some merits, but it should be noted that its range of application would probably be considerably narrower than current disenfranchising practices allow, since only those individuals who would be so severely intellectually disabled as to fail to comprehend the basic function of voting should be excluded. This would most likely not be the case for the people voicing their views in the testimonials above, nor for many other people with intellectual disabilities. So even this most favourable case briefly sketched here would not be able to ground a blanket disenfranchisement of persons with intellectual disabilities, though it could support disenfranchising some.

Lastly, then, we should address the question of what to do in the limited amount of cases which do fall under the scope of the previous argument. One possibility would be to simply disenfranchise them, since they would are not cognitively capable of experiencing the harms brought about by disenfranchisement. But several other responses may be advanced, especially if we are concerned about the problems raised above. Martha Nussbaum (2009), for instance, has influentially argued that surrogate voting, whereby the guardian of the severely intellectually disabled person should be granted an extra vote on her behalf, could go some way in mitigating the putative harm experienced under a disenfranchising regime. In a recent paper in the Journal of Applied Philosophy, however, Kasim Khorasanee and Matilda Carter (2021) offer what they take to be a better alternative, which is supported voting, whereby an independent professional (and not the guardian) is engaged in a collaborative process with the severely intellectually disabled person in order to find out what her interests and preferences are and what type of electoral preferences would likely be shaped on the basis of these. It is the professional who ultimately casts a vote on behalf of the person with severe intellectual disabilities, relying on the information gathered through this process. Finally, a third alternative would be to simply enfranchise these citizens as well, since – as mentioned above – on practical terms the number of people belonging to this group and, therefore, the impact of these votes on the final electoral results would most likely be minimal.

Acknowledgments: This work has been supported by the project “Reconstructing Democracy in Times of Crisis: A Voter-Centred Perspective” which has received funding from the European Union’s Horizon 2020 research and innovation programme under grant agreement No 870996.

[1] As there is no convergence towards any unique terminology in the literature on disenfranchisement, I will subsequently employ the vocabulary used in Disability Language Style Guide developed by the National Center on Disability and Journalism at Arizona State University.

[2] See Chan and Clayton (2006) for a more thorough account of political capacity.

[3] Which is, inter alia, currently being developed by the REDEM (Reconstructing Democracy in Times of Crisis: A Voter-Centred Perspective) Consortium.

[4] Ludvig Beckman’s (2009) contractualist account of disenfranchisement is probably the best example of this approach.

The EU needs to be able to Expel Autocratic Members

Rethinking Human Rights in the Context of Climate Change