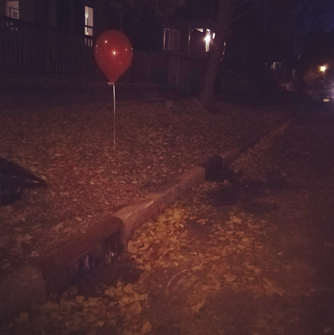 The argument that has persuaded me is an argument from analogy to unobjectionable narratives in other genres. I especially have in mind tragedies, including plays like The Bacchae and King Lear, and films like Titanic and Schindler’s List. The argument:

Therefore, there is nothing morally wrong with watching the depictions of suffering and death in horror films.

Premise 2 is the controversial one. In the paper I discuss several objections, but in conversations with friends, colleagues, and students, one objection looms much larger than the others. That objection: horror movies and tragedies are not morally similar, because horror movies invite audiences to react with sadistic pleasure to scenes of suffering and death, while tragedies invite audiences to experience painful emotions, in sympathy with the suffering characters, which audiences find enjoyable because of the paradox of tragedy.

I have myself experienced the impulse to posit sadism as the best explanation when faced with a film some people enjoy but I find intensely upsetting–that is the urge I felt when I tried to watch Irréversible. But I am now convinced this impulse is misguided. Consider three fragmentary pieces of evidence that suggest that horror fans, like tragedy fans, paradoxically enjoy painful emotions, not sadistic pleasures.

First, consider the popular image of horror fans attending a new horror film. These fans hope to be so frightened that they jump, so disturbed they have to cover their eyes, so disgusted that they gag; fans are disappointed if the new horror film is too tame to trigger these painful responses.

Second, consider the marketing strategies filmmakers use to promote horror films. They invariably promise painful experiences of fear and disgust, to the extent that movie-branded barf bags remain an occasional promotional gimmick.

Fans of tragedy and fans of horror alike seek out primarily painful emotions that they paradoxically enjoy. Neither group appears to cultivate or display sadism, so the objection from sadism fails. If it is OK to enjoy watching tragedies that depict people suffering and dying–and it generally is–then it is OK to watch horror films too.

In thinking through the ethics of horror spectatorship I have come to believe that the taste for horror is best understood on analogy to the taste for amusement park rides. I cannot enjoy the unprotected open air of Ferris wheels, and I cannot enjoy the depictions of violence in Irréversible. I do enjoy the spinning of the teacups, and I do enjoy the depictions of violence in Child’s Play. Your preferences are probably different. We should expect different psychologies and different bodies to react differently to the experiences on offer at amusement parks and movie theaters. These are innocent differences of taste, not of moral decency.

If I’m right, then noticing the widespread moral suspicion of horror films refreshes a lesson we are all liable to forget: it is very easy for us to mistake our own disgust reactions for moral judgments. I venture the guess that nearly all of us have at some point felt the urge to condemn in moral terms people who enjoy a horror film that we found upsetting. It isn’t at all clear that there is any reason for us to form that judgment. That should frighten us all.