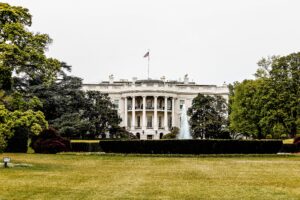 Rather, the United States looks like precisely the kind of society that Linz thought was vulnerable to the destabilizing effects of the “zero-sum game” of presidential systems. Linz argued that presidentialism “is ineluctably problematic because it operates according to the rule of ‘winner-take-all’—an arrangement that tends to make democratic politics a zero-sum game, with all the potential for conflict such games portend.”

Linz argued that such a system discouraged compromise and coalition building while exacerbating competition and polarization. These circumstances, in turn, had a destabilizing effect on a democracy. Given all this, it seems that the United States now faces the perils of presidentialism. How should the United States respond?

One prudent response would be for the United States to identify and abide by what I called in an earlier post on this blog unpluckable feathers of democracy. Unpluckable feathers are specific and nonpartisan core aspects of a democracy that are treated as inviolable because of their importance in preserving democracy.

The label “unpluckable feather of democracy” comes from an analogy offered by Mussolini, and recounted by Madeleine Albright and Bill Woodward in Fascism: A Warning. There they write:

“Mussolini observed that in seeking to accumulate power it is wise to do so in the manner of one plucking a chicken—feather by feather—so each squawk is heard apart from every other and the whole process is kept as muted as possible.”

We often think of dictatorships as arising from wars or coups, but Mussolini’s analogy highlights how nations can slip from liberal democracies to illiberal autocracies through a series of small, incremental changes. This gives rise to the problem of sorities authoritarianism.

There is no simple solution to this challenge. But there are social and structural changes that Americans can strive for that may help. These include a greater commitment to civic education and working to combat disinformation. This may involve legal innovation including, as law professor and Biden Administration official Tim Wu has suggested, updating our First Amendment jurisprudence to better meet the new challenges posed by the internet and our limited capacity for attention.

From his vantagepoint in 1990, Linz considered the United States far removed from presidentialism’s perils. But Linz probably should never have felt quite so comfortable. As Angela Davis has reminded us, freedom is a constant struggle. Part of the United States’ current struggle is getting to a point where enough people accept the basic political facts and history that are necessary for establishing secure democratic safeguards.