Plastic Pollution: How to avoid further degrading our natural environment 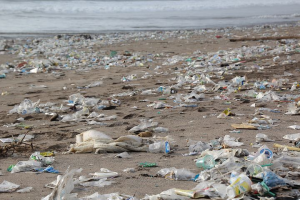 The theme of this year’s World Environment Day (5 June 2018) is Beat Plastic Pollution. Plastic pollution is indeed a serious problem, severely affecting animals, humans, and marine ecosystems.  Removal of the pollutants that are already in the environment is exceedingly difficult, so we should also ask: How can we avoid plastic and other pollutants entering the environment in the first place?

In plastic pollution and other issues of humanity’s impact on the natural environment, three main variables are at play:

It is appealing to focus on only one of these variables and expect a lot of an easy-fix solution, but we should rather focus on all three variables simultaneously, since all three factors can only be influenced to a limited extent due to some physical and ethical constraints. 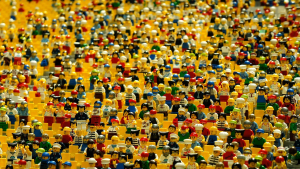 It is often claimed that “Oh, the real problem is overpopulation, the Earth cannot sustain so many people; we should drastically reduce fertility rates.” To some extent, this is true: if there were fewer people, there would be less need for plastic goods and packaging, and thus less plastic pollution.

Another important issue is that fertility rates are highest in some of the poorest countries, yet most of these people have a very low per person impact on the environment. From an environmental point of view, we should rather focus on reducing (the already rather low) fertility rates in developed countries. However, in order to keep their economies running, these developed countries will have to increase migration (which, as we all know, is a controversial issue nowadays).

In addition, this economic migration may worsen the already occurring brain drain, whereby educated and skilled people emigrate from developing countries to rich countries. Moreover, over time and at least to some extent, these immigrants are likely to assume the consumptive lifestyles prevalent in their country of destination, which could thus cancel out some of the environmental gains achieved by lowering fertility rates. 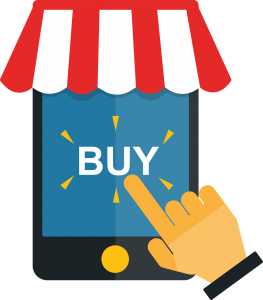 Second, we can look at Affluence or consumption. Some solutions focus on consuming more efficiently (for example, by taking a reusable bag to the supermarket), but it is also argued that “consumption elites around the world should become more frugal and lead less materialistic lives.” Although there is much truth to this, it would not be effective to exclusively focus on consumption.

First, the impact of consumption can never become zero: there will always be a residual impact because people obviously have to consume to at least meet their basic needs.

Second, we should also take into account issues of social justice: it would obviously be unfair to demand of poor people that they stop consuming as long as richer people have not reduced their consumption. So from a social justice as well as an environmental perspective, we should focus on getting rich people to adopt less materialistic lifestyles. However, large-scale frugality will have a negative impact on economic growth, which is the leitmotif of many societies (even though we know for some time now that economic growth is socially and environmentally unsustainable).

In addition, there is a risk that since frugality of rich people will lower prices of many consumer goods, poorer people will consume more, which will cancel out some of the environmental gains.

Another concern is the relationship between individuals and the collective (institutional) level. Social norms regarding consumption have to change urgently, but many people do not believe that voluntary initiatives by individuals and households are effective in this respect (even though this perception is inaccurate). Top-down regulation by the government (as the UK and the EU have done recently in an effort to reduce plastic waste), on the other hand, is often perceived as paternalistic (especially by corporations). Moreover, taxes on consumer goods (for example a carbon tax on energy, or a recycling contribution), if not implemented in an intelligent way, will burden poor people the most. 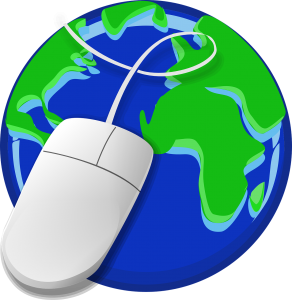 Moreover, in many developed countries, environmental and social standards for production processes have already increased significantly. This has not resulted in significant reduction of global environmental impact, but rather in industries moving to developing countries which have lower standards. However, it would be unfair towards these developing countries to focus exclusively on their technological inefficiencies, since many of the goods produced there are meant for the developed countries’ consumer markets.

All of this should not be cause for pessimism: there is still a lot of room for reduction of environmental impact on all three variables. However, the debate is sometimes oversimplified by an exclusive focus on only one variable, and I want to draw attention to the fact that there is not one strategy capable of providing a panacea for environmental issues.

There are practical reasons why we have to tackle Population, Affluence, and Technology simultaneously. First, as discussed above, there are physical and ethical limits to the plasticity of each variable, and each variable will always retain a residual impact on the environment. Second, starting with small reductions of impact on all three variables is much more feasible than putting all of our eggs in one basket and hoping to achieve an immediate, large reduction of impact on just one variable. Third, we have to control rebound effects and other interactions between the variables.

Finally, there are a number of daunting ethical issues involved. I already mentioned social justice and the relationship between the individual and collective level, but there are also questions of gender inequality, power relationships and the traditional (but artificial) separation of the private and public sphere which complicate the transition to environmental sustainability. These issues have been somewhat neglected in sustainability sciences and need to be studied into more depth, but my initial research suggests that an integral approach, addressing the three variables simultaneously, scores better in this context as well.

I am analysing these issues, bringing together empirical evidence from sustainability sciences and social, political, and ethical considerations, in a project called “IPAT-Ethics”.

Moral progress in beliefs and practices

Call for Applications: Equality and Citizenship Summer School in Rijeka