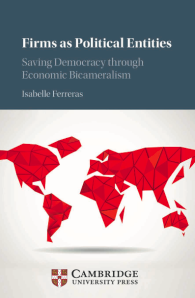 A: At the beginning of the 2000’s, when I was working on my PhD dissertation in sociology at the University of Louvain (Belgium), I was concerned with understanding the every-day involvement of workers in their job. No available theory seemed comprehensive enough to account for what perplexed me: beyond their wage, people valued some aspects of their work-life, while other aspects seemed to make them very frustrated or even seemed tough to swallow. As an aspiring sociologist, understanding this paradox seemed very relevant to me; work is, after all, where people end up spending most of their time, at least if they have a job. So I decided to conduct an intense ethnographic study of supermarket cashiers, the prototypical low-skill service workers.
I was very struck by the fact that these cashiers, despite difficult working conditions and low social recognition, were clearly moved beyond instrumental rationality, especially in the Belgian context, where at the time it was not so difficult for these low-skilled workers to access unemployment benefits. And I started to develop a political critique of work that understands work as an expressive experience, beyond its obvious instrumental aspects (i.e. wage compensation). It enables people to take part in the public sphere (that’s especially important for single mothers). And it is a political experience: it’s about conceptions of justice, and about decisions that concern a collective of people. People do have the expectation to have a voice; this is what I identify as the critical intuition of democratic justice at work. But this expectation is not taken seriously in how firms are organized.

Q: So ethnographic research on the work experience brought you to the firm?

A: Indeed, this work led me to seeing the firm as a major site of power and contradiction in the life of worker-citizens. My research problem then became: how can we reconsider the firm so we can make sense of these factual observations and expectations? It was somehow a misclassification problem: from my observations, the nature of the firm emerged as much more political than economic. That led me to the hypothesis that firms are best understood as political entities, and from there, I started to examine the history of political revolutions and democratic progress. In 2004, while a graduate student in political science at MIT, I got this first insight of extending the principles of Bicameralism to corporate firms. At the time, this seemed very wacky. The critique of capitalism, not to mention concerns with workplace or economic democracy, was not the focus of attention in academia at the time, but I was fortunate enough to benefit from the fantastic support from my MIT supervisors Josh Cohen and Mike Piore and could devote my master thesis to this new idea. Ever since have I been working on the many dimensions concerned with this attempt at articulating a political theory of the firm. In 2012 I published a book in French that served as a first articulation of the proposal.

A: Firms are best understood as political entities, rather than merely economic organizations. Of course they have economic dimensions. But saying that they are merely economic organisations would be as reductive as to say that states are merely economic organizations. A firm certainly contains the legal structures of capital investment – this is what the legal structures of the corporate charter are for. But a firm is much more than a corporation in the legal sense: it requires the contributions of those who invest their labour in the joint endeavour (the employees, but sometimes also independent contractors or suppliers or users). That whole institutional reality has been missed by economic and legal theories. My suggestion is that it is time to enter into a reconstructive and institutionalist perspective that makes it possible to recognize the firm beyond the corporation: as a political entity where labour investors, crucial actors in the common endeavour of the firm, have not yet been granted the same political rights (i.e. the rights to participate in governing the joint endeavour) as those granted to capital investors. In other words, it is a political entity owned by no one (shareholders only own their shares, as legal scholar Robé has so aptly kept reminding us) in need of being democratized.

Q: Many people seem to have an instinctive reaction to workplace democracy – it appears to them as utopian, naive, do-gooder stuff that could never be realized. What is your reply to them?

A: I have no better word than what the great Robert A. Dahl wrote in Democracy and its Critics (p. 328): “I have no doubt that many people will immediately reject the idea of extending the democratic process to business firms as foolish and unrealistic. It may therefore be helpful to recall that not long ago most people took it as a matter of self-evident good sense that the idea of applying the democratic process to the government of the nation-state was foolish and unrealistic.”
I guess this is the task of every generation committed to the ideal of self-government: to push for ideas that at first seemed ridiculous. Now, on the soundness and practicality of democratic firms, I suspect it is mere lack of knowledge (or blind ideology). If you want to see a thriving transnational cooperative: go visit Mondragon. A democratically structured network of 100 firms, with 60.000 worker-associates, in some very intensively competitive industries as in the R&D and production of electronic components for the automobile industry with plants in China. And in the very core of capitalist firms, the most innovative businesses are aiming at giving back decision-making power to employees, which indicates that firms see that workers’ involvement is the source of innovation and productivity in the future.

Q: You argue for a specific version of workplace democracy, bicameralism. Why?

A: In my reading, the problem we face is a classic problem. We have been there in history many times. Despotism is an old problem. But we are used to see it in the political clothes of the Leviathan, while we should recognize it in the new – fashionable, more than often – clothes of the GAFA (Google, Apple, Facebook, Amazon), and other powerful transnational firms. Societies are today faced with the problem of economic (more exactly capitalist) despotism, that is the despotism of a specific minority. We should set firms on the path of a democratic transition. I have been looking back at the history of political revolutions and realized that one institutional innovation has been central, and has kept coming back since Roman Antiquity: bicameralism. It’s been seen by philosophers of law and political theorists as unlocking the possibility for a reasonable, legitimate and intelligent government —these are the three main justifications that I found in the literature. The minority (the powerful, the Patricians, the Lords, etc.) recognized the same rights to the majority as the ones they already enjoyed (the weak, the plebs, etc.). Both constituencies recognize each other a veto right in the government of the joint endeavour. Equipped with the wisdom of 25 centuries of democratic transitions, we can continue the history of progress.

Q: What would have to happen to translate these ideas into practice? What can academic scholars like yourself, and many of our readers, contribute to a process of change?

A: I truly think it is a battle of ideas, and that’s were my first responsibility as a scholar lies. The responsibility of scholars is to give the best tools to the citizens of democratic societies, so that they can describe and understand their own present, and better orient their own future. Here for once I am with Milton Friedman when he wrote: « That, I believe, is our basic function: to develop alternatives to existing policies, to keep them alive and available until the politically impossible becomes politically inevitable. » So I am intensively involved in transnational, transdisciplinary research, and I am discussing with progressive political parties, labour unions and business leaders, but I am also working with economic actors who are committed to innovate. Indeed, as a sociologist trying to make sense of the contemporary world, it is crucial to engage with field research in order to understand the complexity of the social reality, and help as much as I can with making ideas as useful as they can be for a shared democratic future.