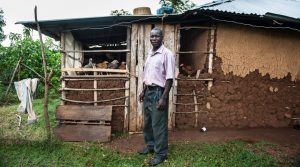 This post will tackle the question of why we have a duty to help non-citizens in the first place. Whether development assistance is an effective way of doing so will be the topic of the next, at a later date.

Why do we have an obligation to assist others?

One possible reason is because we are responsible for their lack of development. Through empire and, later, the Western-dominated modern international order – so the argument goes – we have systematically stolen the wealth of African, Asian and South American countries, ripped up existing political systems, and re-drawn borders with no concern for existing cultural and political divisions, thereby laying the groundwork for decades of poverty.

Whether that is an accurate representation of history, it isn’t likely to be met with a lot of support among the populations of developed countries. That doesn’t mean it’s not right, but coming to terms with a violent and unjust historic past – though important – is a long and laborious process. To ground a defence of development assistance here and now, we are perhaps better off relying on a less contentious premise. I believe a good place to start is to examine the Rawlsian statist (or internationalist) position which bears a reasonably close – if idealised – relation to the world as it currently looks.

The Rawlsian statist view broadly holds (with several variations that I cannot go into here) that the modern world order of states is, or at least can be, justified as better than any feasible alternative. Each independent state is characterised by coercion – it can compel you to follow the law, to fight and perhaps die for it; by reciprocity, as a shared cooperative venture between citizens; and by non-voluntariness – you are born into a state and cannot escape it.* It thus plays a huge role in people’s lives, and this must be justified.

This justification primarily takes the form of redistribution within each country. We have, statists argue, a duty not only to ensure that no citizen is poor in absolute terms, but also to ensure that everyone can compete as equals in the political process by limiting inequality. Therefore, we have a unique responsibility towards the poor whom we share a state, even if they are not as badly off as the worst off in other countries. Indeed, this is in reflected in current British policy. After all, 0.7% of GDP is still a tiny fraction of the total size of the national economy.

But states must not only be justified to their citizens, but also to those they exclude. Some, like cosmopolitans, claim that this is impossible, at least as states currently are. They would either have to be replaced with some sort of global political structure, or become more open to accepting international responsibilities. But to Rawlsian statists it is at least possible to justify the state to non-citizens, as intrinsically valuable for providing the necessary conditions for a flourishing human existence.

For that to be possible, however, all humans must be able to enjoy those conditions. That is where the duty of development assistance comes in. To John Rawls, peoples have a duty to assist others in creating and preserving just domestic institutions, which he takes to be a necessary condition for development. Others focus on the individual: we have a duty to uphold human rights, as far as possible, anywhere in the world. To Mathias Risse, this is because human rights are a form of membership rights. People, as members of humanity, have a right to a worthwhile human existence, and to demand of each other that their basic needs are provided for. Only when this condition has been met do people have the right to claim more advanced membership rights, such as those pertaining to citizenship.

So helping the world’s most disadvantaged is, far from being an act of charity, a necessary and unavoidable obligation which justifies the existence of the state we live in (the UK in my case). But that does not mean the duty is extensive: most Rawlsian statists agree that only the most basic human needs, such as clean water, food, medication, as well as access to justice and a family life. To Risse, we reach the “upper limit of human rights” when we argue for rights that do not protect the “distinctively human life”, but instead refer to specific associations for establishing rights (Risse, On Global Justice, p. 78).

Whether this low bar is enough to justify the exclusionary nature of the modern-day state is, of course, an open question. In my PhD thesis I argue that it emphatically is not: we would need to include a wider set of rights, and accept a greater responsibility for ensuring that more people have access to them.

Whether development assistance in its current form is an appropriate way of achieving this goal is, of course, an entirely different question. There are legitimate questions to be asked about effectiveness, unintended consequences, and paternalism. I will discuss these in a future post.

* Emigration is an obvious exception. But it often comes with huge costs and is in practice not open to all. Even when it does happen, it is virtually impossible to escape the jurisdiction of a state.

Why are you more angry about Trump’s state visit to the UK than about visits from the leaders of China and Saudi Arabia?