In the past few years the ‘migration crisis’ has challenged the EU’s internal cohesion and has been instrumentally used by populist and nationalist movements to raise public concerns. At the same time, terrorist attacks have multiplied in Europe and some of them have been perpetrated by migrants of first or second generation claiming allegiance to Islamic fundamentalist groups. Notwithstanding the effort made by EU institutions to avoid that a connection is immediately drawn between migration and terrorism, in the public debate the link is all the more repeated, with negative repercussions on the public perception of the relationship between the two phenomena. The implications in terms of policy approaches but also of normative considerations are manyfold, yet a reflection on the precise terms of such implications is necessary. 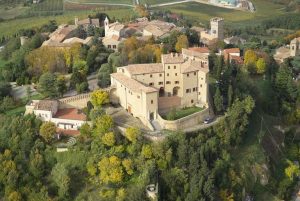 The University of Bologna Team of GLOBUS – a multidisciplinary, transnational research project that critically examines the European Union’s contribution to global justice – organizes the workshop  that will take place at the University Centre of Bertinoro on June 4-6, 2018.

The workshop organisers welcome proposals for papers relevant for any of the above aims.

Expenses: Participants from GLOBUS partner institutions are expected to cover their own travel expenses while the organizers will cover their local living expenses (meals and hotel). The other participants will have their expenses fully covered.

Proposals: Please send a proposal with name, affiliation, title and abstract of the paper to: sps.globus@unibo.it and michela.ceccorulli2@unibo.it by December 15, 2017. A selection will follow. Please acknowledge that only a limited number of papers will be accepted due to space constraints in the workshop programme.

Deadline for papers’ submission: The accepted participants should send the full paper to the organizers by May 15, 2018.

Elisa is Senior Researcher at the EURAC Center for Advanced Studies, in Bolzano Bozen. Previously, she has been Research Fellow in Political Philosophy at Sant’Anna School for Advanced Studies (Pisa) from 2017 to 2022. She has also worked as a Research Fellow and Teaching Assistant in History of Political Thought at the Department of Social and Political Science of Bologna University. Her research interests include contemporary theories of justice, theories of global order, international ethics, foreign policy analysis, theories of public opinion and political epistemology.