The cartoons that were shown are offensive to many members of the local and national Muslim community. As reported by the BBC, local academic and Muslim activist, Dr Abdul Shaikh said:

I was shocked like many Muslims in the town that Muslim school children’s religious sensitivities were completely ignored by the schoolteacher who decided to show an offensive image that lampooned the noble Prophet Mohammed.

These cartoons are notorious since after the French magazine, Charlie Hebdo published the cartoons, twelve of their employees were murdered by two extremists who objected to the portrayal. In light of these event, it might be thought that the cartoons are important for understanding a dramatic episode connected with freedom of expression.

A spokesperson from Humanists UK has said that “[s]chools certainly should be able to show depictions of Muhammad, and indeed if done sensitively this can be an important part of school RE.” They added that “[n]ot only are debates around depictions of Muhammad a key part of contemporary debates around Islam, but also more generally free speech is a vital component in making sure such debates take place on a level playing field. England repealed its blasphemy laws in 2008. No school should be bullied into recreating them.” In a Guardian op-ed, Kenan Malik echoes this sentiment: “If we cherish diversity, we should establish ways of having such debates and conversations in a civil manner, not try to suppress them. A structured discussion in a classroom, properly done, seems an ideal approach.” 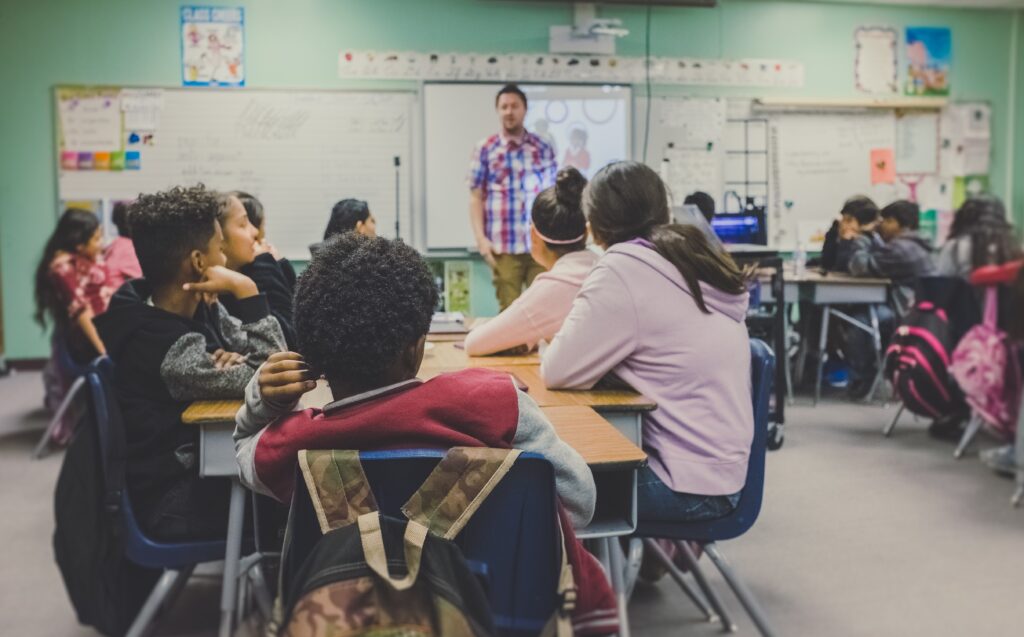 Lacking important details about the case, for instance, about the purpose for and attitude with which the cartoons were used, it is best to focus on more general issues. There are interesting questions about how if at all teachers and schools should use cartoons of this nature, about how if at all parent and student preferences and sentiments should be factored into these decisions, and about teachers’ freedom of expression and speech.

There are powerful reasons not to show content of this kind: the content is deeply hurtful and demeaning to people belonging to the groups targeted by the content, just as racist slurs are, and it is hurtful and demeaning even if it is shown in order to ‘call it out’ as expressing or validating wrongful attitudes or aiming at wrongful results. It can also equip some ill-intentioned, or merely ill-informed, students with ammunition to direct at members of these groups.

I take it that simply showing offensive and belittling cartoons for the sake of illustrating the point that people are legally permitted to draw and publish such cartoons is not a good reason to show them. Furthermore showing them to stimulate conversations about whether drawing and publishing such cartoons should be legally permissible is also not a good reason to show them, since they can simply be mentioned. However, there are perhaps more persuasive educational motives for studying racist and offensive cartoons in schools. For instance, perhaps deconstructing belittling cartoons such as those the Nazi regime used to stir anti-Jewish sentiments might help inoculate students against susceptibility to such cartoons. However, such aims are unlikely to pay off without parental forewarning and buy-in. In these ways pupil and parent ‘buy in’ can be important.

One thing that is not a reason against including content (under ideal circumstances) is the mere fact that parents or children object to the values discussed or taught, and this is where Humanists UK’s point about bullying is important. It seems that parents should not be able to opt their children out of valuable educational experiences, since children’s entitlement to educational goods does not depend on what their parents happen to value or think (e.g., if parents object to homosexual relationships, or learning about other religions and so on). What matters is whether there is any educationally valid reason for including such cartoons, and it is hard to see that there is. If parents had a sound reason to restrict their children’s educational experiences, it would not be one that is contingent on whatever controversial views of flourishing and religion they happen to hold. However, under extremely non-ideal circumstances people’s wrongful reactions to would otherwise be the right choices can constitute a sound (non-ideal) reason not to make those. It is for the purposes of resisting and protecting against such reactions that the powers of national government can be useful.

One interesting question in the context of teaching the value of free speech in schools is this: in teaching for legal protection of free speech, one might expect schools not only to talk the talk, but to walk the walk – that is, to honour as well as promote the value of free speech. But how should schools honour that value? While schools cannot enact national laws penalizing speech, perhaps they could allow students and staff to express whatever views they have without fear of being fired, or otherwise penalised. However, it is doubtful that schools ought to permit teachers to say whatever it is justifiably legally permissible for them to say outside of the school environment. Free speech has limits. Where it undermines others’ interests in an education, or where it undermines their interest in being treated with equal regard and respect and in developing self-respect, we find such a limit. Plausibly these interests significantly risk being breached by including materials of this sort.

John Tillson is Senior Lecturer of Philosophy of Education at Liverpool Hope University. He is an investigator on the Templeton funded project, Personal Liberty, Mutual Respect and Tolerance. His views are his own and not necessarily those of the project. John wishes to thank Antonio Zuffianò, Zsuzsanna Chappell, and Cathal O’Siochru for helpful conversations on this case.